Today we are going on our first family camping trip since having the twins. Yes… we are taking toddler twins camping, all in the good name of travel blogging!

I’ve not actually been camping in about five years, but enough time has since passed, for me to shrug away all my past camping disasters and give it another bash. Before I do, I thought it might be fun to share my biggest camping disasters, here on the blog. 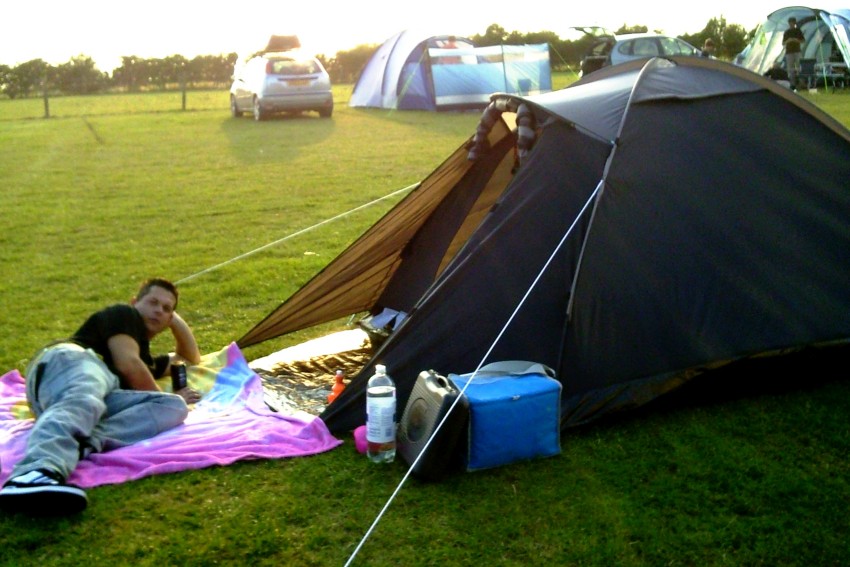 5. Sleeping on a hill

This one was purely a case of bad planning. I was eighteen years old, I had just passed my driving test and my friend and I had the spontaneous idea of going camping. We borrowed a tent and headed off to Newquay. However, we hadn’t factored in that campsites would have closing times. We arrived at 10pm, when the booking office was shut. Being young and reckless, we thought, what the heck… we didn’t even unpack the tent. We parked the car outside the campsite reception and slept in the car… on a very steep hill. I woke up numerous times in the night after horrific nightmares about one of us releasing the handbrake in our sleep.

4. Torrential rain & my first ever dose of homesickness

France. 2009. A road trip with my 2 year old daughter. A horrible day at Futuroscope, where torrential rain meant most of the park was shut and we couldn’t even find anything to eat. Bunny sat in the car whilst I tried to erect our tent in the pouring rain. I was so damp and miserable I rang my mum in tears. It was the first time I’d ever felt homesick in my life. We cured it with a trip to the shops to buy new clothes, coats, socks and shoes so we could warm up. We went out for pizza to thaw our freezing hands, came back and slept in the tent, whilst the heavens opened above our thin leaky canvas.

Do you have any idea how many times newly-potty-trained toddlers need to pee in the night, when your tent is a long muddy walk from the toilets?

Celebrating our A-Levels, my friends and I pitched up at Warren Farm campsite in Brean, just as the weather team on the radio told us there were gale force winds which could reach between 50-60mph. We got out of the car, grabbed one corner of the tent each, and hung on to it for dear life as the wind tried to rip it from us. We didn’t have the foggiest how to put the three bedroom tent up. The wind was phenomenal. So… we stood there, clinging to the tent in desperate attempt to not let it blow away and we laughed. We giggled and chuckled, snorted and guffawed until we were trying not to wet ourselves. We were in absolute hysterics at our own pathetic uselessness. Then we had a fantastic idea. We continued exactly what we were doing. Standing there laughing. And sure enough, after about fifteen minutes, four strapping men came along and put our tent up for us! #GirlPower

2. Two tents: One with holes, one without poles!

This was Bunny and I again, except this time she was about 3 years old and we were at Rockley Park in Poole. Yet again we were blessed with terrible weather. High winds and rain. My husband had packed us two tents, just in case there was anything wrong with either one, but he assured me he had checked them before we left. I made a start putting the first tent up and realised quite quickly that the poles didn’t fit it. They belonged to the other tent. This tent… had no poles. They were missing. I was determined not to be beaten by a poleless tent, so I put the other tent up instead… only to find there was a huge hole in the roof.

Topping the list of camping disasters, was one time in Newquay, with my husband. We stayed at the same campsite as the sleeping on a hill story. All was well. We had fabulous weather and were really enjoying ourselves. Until I awoke with a start at 3am. “Babe, there’s something moving underneath me”. I was a bit freaked out. Jonny insisted I had just had a bad dream, but then I felt it again. And again. Something was definitely moving underneath my camping mat. Something small, but it was pushing me upwards. “Babe, something is moving underneath me. What if it starts digging or it bites?”. Jonny told me to go back to sleep. Something poked my foot from the other side of the tent. I may have screamed. Jonny started paying attention. “BABE. Something is moving underneath me and something the other side of the tent is trying to claw at it. IT’S POKING ME”. We ended up moving to the car to sleep as by this point, I had managed to freak even Jonny out. As we got out of the tent, we saw a cat outside, pawing at the tent, desperately trying to get at whatever was underneath me.

In the morning, the cat had gone… but as soon as we lifted the tent up, the mouse ran out. I don’t mind mice and I love cats… but in the dark, at 3am when the cat is trying to attack the mouse and the mouse is running around underneath your back… it’s really not pleasant.

Camping is all about planning

With the exception of the cat and mouse incident, which I imagine is a pretty rare occurrence, there was a common theme to our camping disasters. Planning. Or lack-of.

If we had planned better, we could have avoided the torrential rain and gale force winds and slept in tents which we knew how to put up, were big enough and had the right poles, but no holes!

So now that I consider myself to be ever-so-slightly more grown-up, we are going to attempt camping again. This time with some forward thinking… and three children in tow! 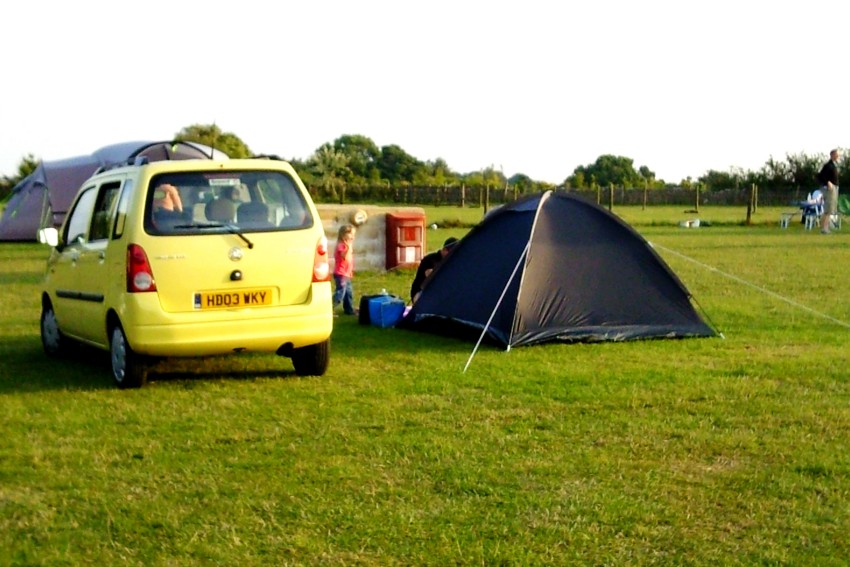