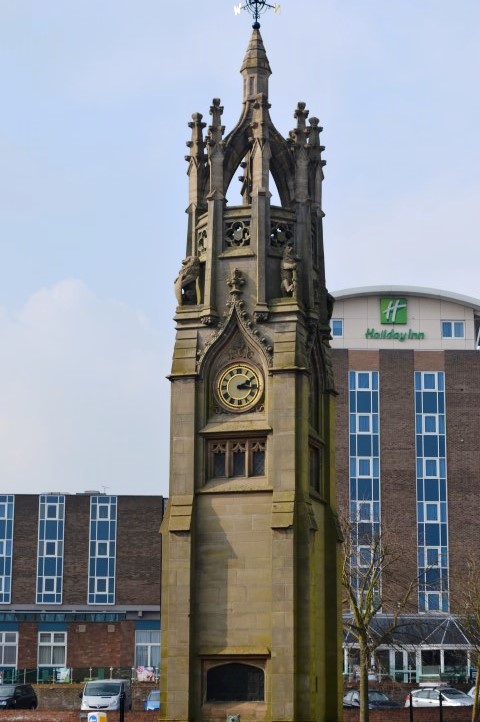 Today, me and the twins drove 55 miles from Gloucester to Kenilworth, near Coventry, to search for the Free Radio Phantom, in the hope of bagging ourselves a life changing £4000. I realise to some, £4000 is not life changing, but to us, it’d mean getting the car fixed up (or buying another), taking a holiday and settling some old debts remaining from when I had Cancer. It actually would change our lives. I’m sure everyone has their reasons for running around like a loon, asking random people, “Are you the Free Radio Phantom?” and I’d love some of you reading this to comment with what you would do, if you won £4000.

Not only did we fail to find the phantom, but it was a fail of such epic proportions, that I thought people might like to learn from my mistakes, so at the end of my story, I am going to leave some tips, learnt from my own failures at finding the illusive phantom, in the hope of improving somebody elses luck!

Our Journey to find the Free Radio Phantom

The journey began slowly, when my two year old twins kept taking it in turns to undo their seatbelts and get out of their car seats. Eventually though, we got on the road. I’d listened to the clues on free radio, looked at some other peoples suggestions on Facebook and Twitter and done some Googling. I decided he was in Kenilworth, a town situated an hour away, which I had never before visited and game time was due to start in 30 minutes. 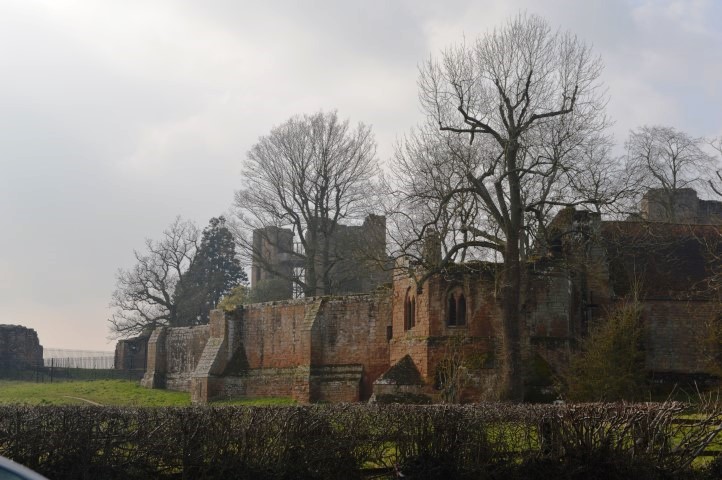 On arriving in Kenilworth (half an hour into the game), an instant smile rose to my lips. Everywhere I looked, there were people running at each other, asking the question and then running off. Most of these people had phones in their hands and looked frantic.

The Free Radio team were in town with banners, stirring the excitement.

I parked the car near Abbey Fields and saw the same thing walking through the park. I didn’t even need to ask anyone THAT question, because everyone in the park, was already asking everyone else, “are you the Free Radio Phantom?”.  A particularly enthusiastic chap ran up to me and said “excuse me…” at which point I cut him off and said, “No, i’m not”. I wondered if I should feel offended, as the phantom is supposedly male and despite having a bad hair month, I’m most certainly female! I then had a good giggle at a girl who shouted across the field, “You liar! I think my heart just stopped!”, at someone who clearly answered yes, but wasn’t actually the phantom. 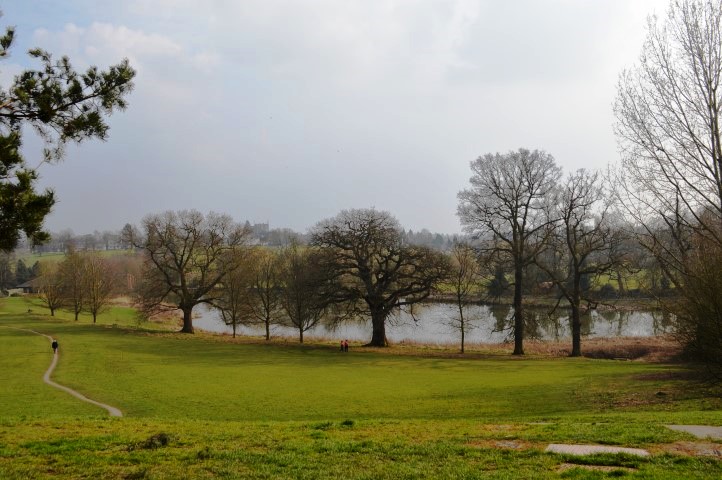 As me and the buggy somehow ended up offroading across long grass, mole hills and through huge puddles of thick mud, I started seeing less people and wondering if I should have stuck to the town centre. Kenilworth is extremely hilly and there were two hills in particular, which I really struggled to push the buggy up. My legs and upper arms were hurting from the effort. Kenilworth is actually a really pretty place and we kept stopping to take photos and look at the ducks. 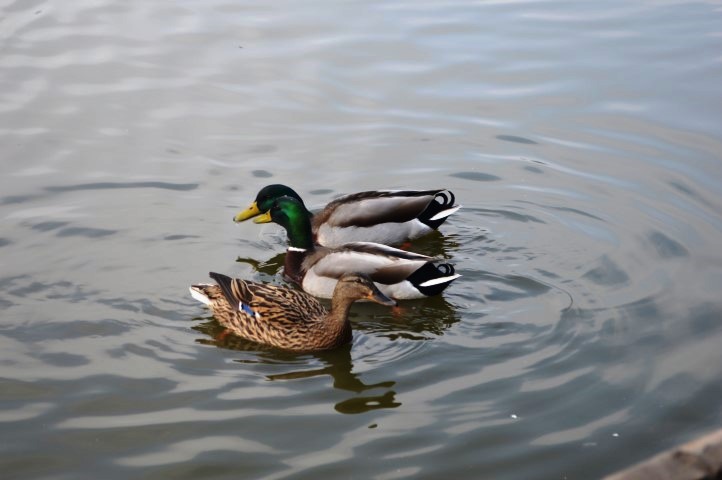 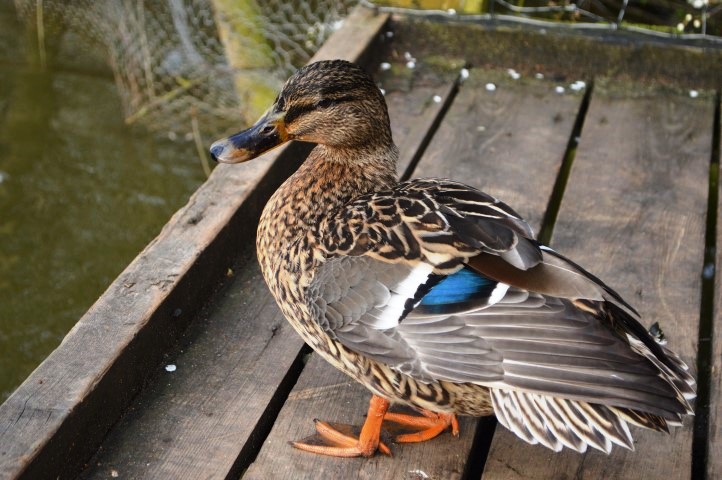 Eventually game time was up and I had not found the phantom. Neither had anyone else. But that was okay, because it would be game time again in two hours. I called and booked my oldest daughter into after school club to buy me some more time and took the twins to the play park. The sun was shining and with all the running around, we didn’t even need coats. We had a lovely chat with a lady in the park, who had no clue why Kenilworth was so rammed with people, and went off into town for some lunch. 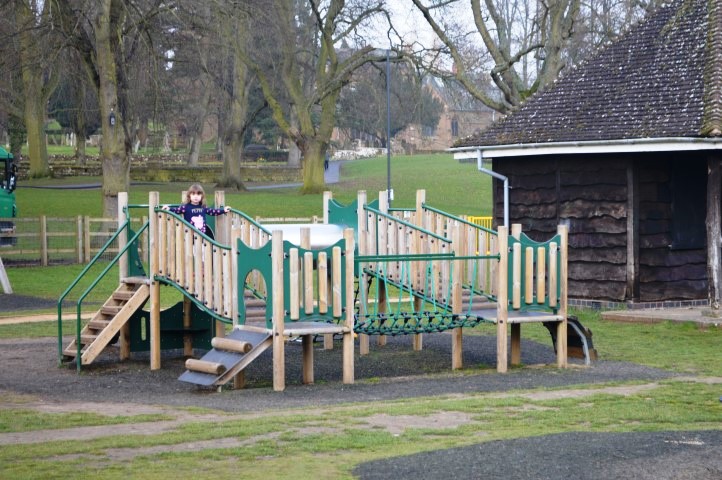 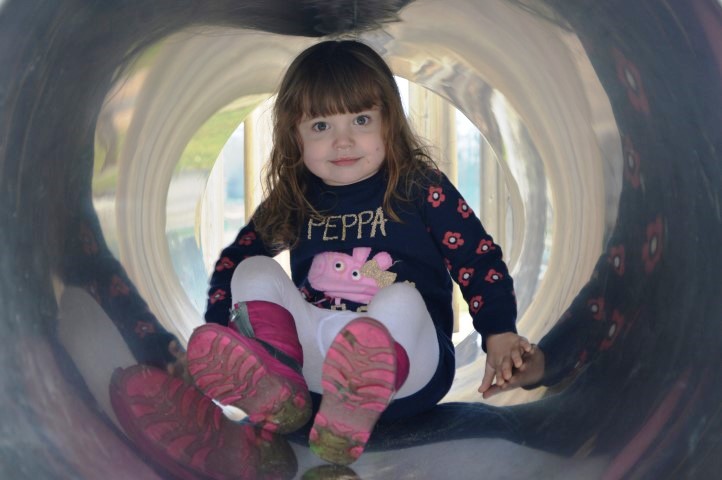 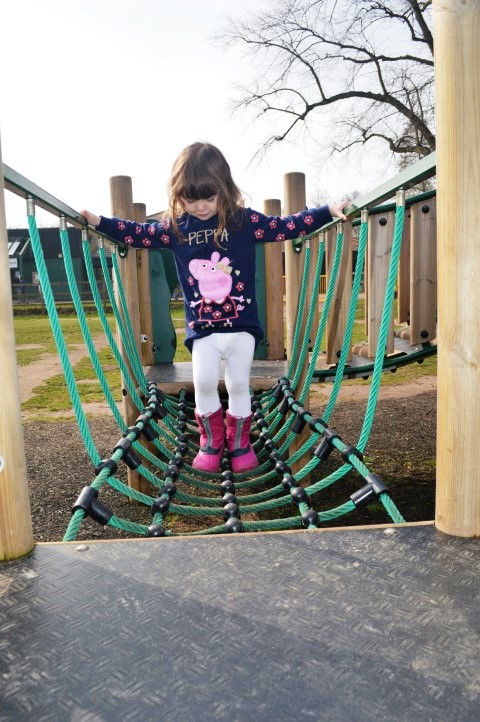 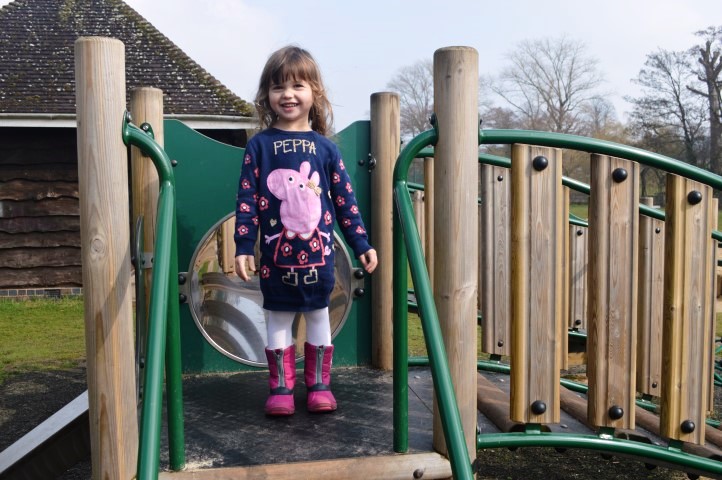 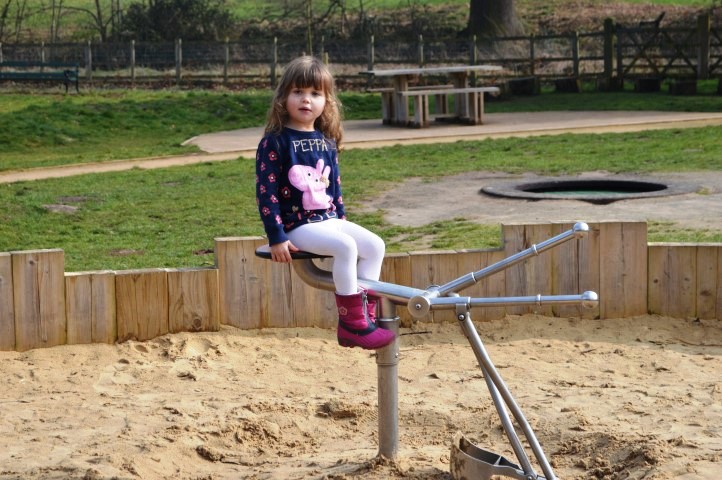 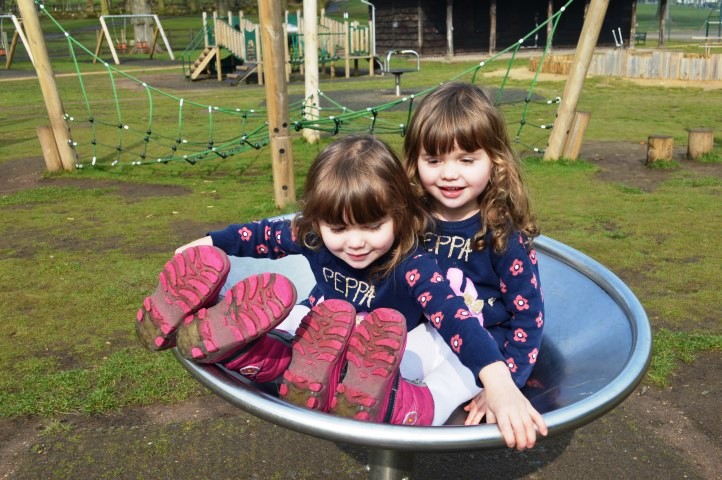 I sent some tweets to the phantom, took some videos of the girls and realised that I then had no battery left on my phone. When I knew game time would be starting again at 2:30pm I set off again for the castle, Abbey fields and surrounding streets. I figured that if he was in the town centre, he’d have been found by now. It didn’t dawn on me, why Kenilworth had gone from heaving with frantic people running around, to eerily quiet. It didn’t dawn on me that I hadn’t seen a single person asking the question. In fact, I hadn’t seen anyone converse with anyone at all. Over half an hour into game time, I suddenly came to the sickening realisation that the phantom was no longer in Kenilworth. I headed back to the car, stuck my phone on charge and sure enough… there were new clues and the Phantom was now in Walsall. Not only was he in Walsall, but he had already been found. And I was still in Kenilworth asking. 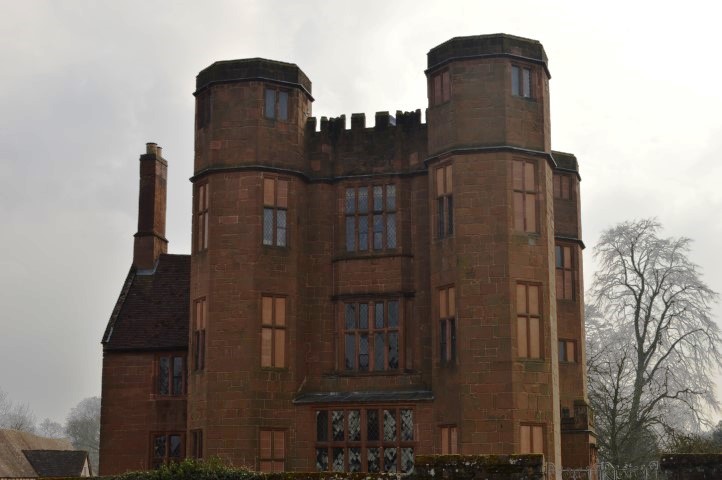 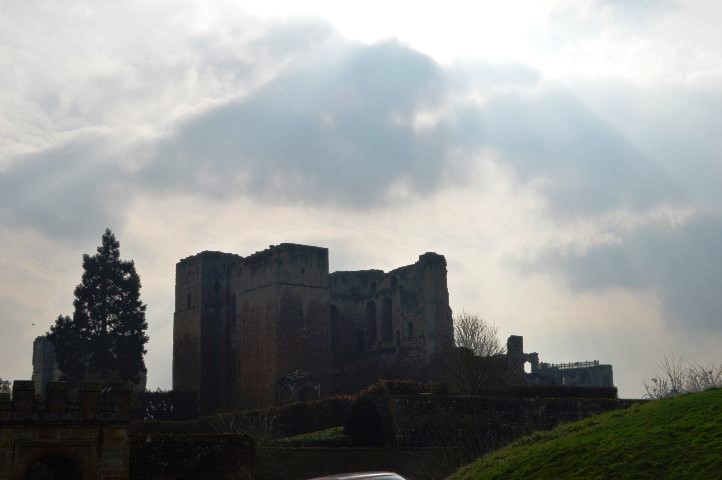 How foolish did I feel?!

Well… to answer that question, which really should have stayed rhetorical… Not as foolish as I felt ten seconds later. One of my charming toddlers, hit the door lock button inside the car, whilst the keys were in the ignition and I was still standing outside the car! Oh yes. I was locked out of my car and my children were locked inside it. Quite possibly a parents worst nightmare. 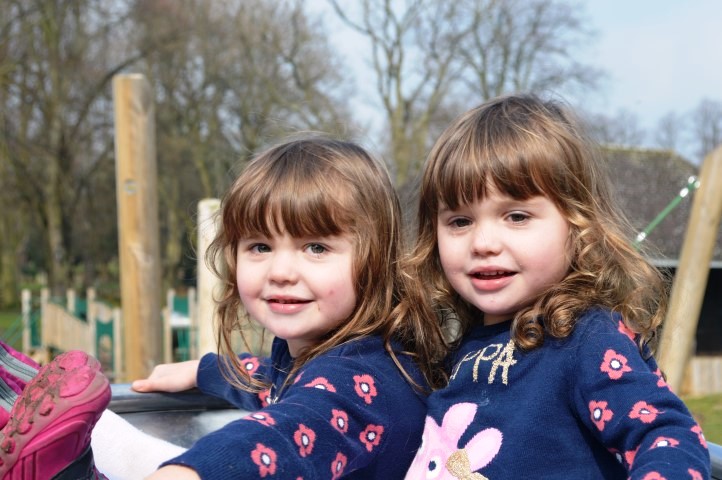 Whilst the dawning realisation of my day came, I was still in an unshakably good mood.

I’d driven over a hundred miles, paid to put my daughter in after-school club, got locked out of my own car, ran a few miles uphill (pushing about 6 stones), all to search in the wrong town for a phantom… There’s really not much you can do but laugh. You see at the end of the day, none of that mattered. I’d spent a day in the sunshine, getting a healthy dose of vitamin D and exercise, learning my way around a new place, exploring the sights, enjoying the scenery and listening to lots and lots of giggles from my two beautiful girls. We had a lush day out, even if it was all a bit silly really. 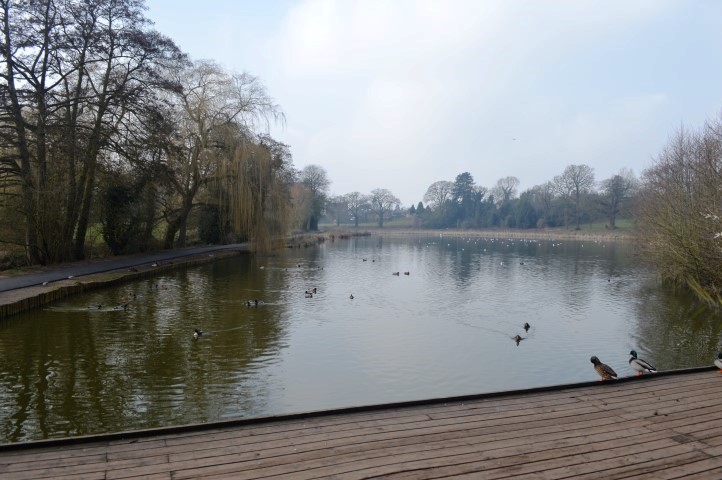 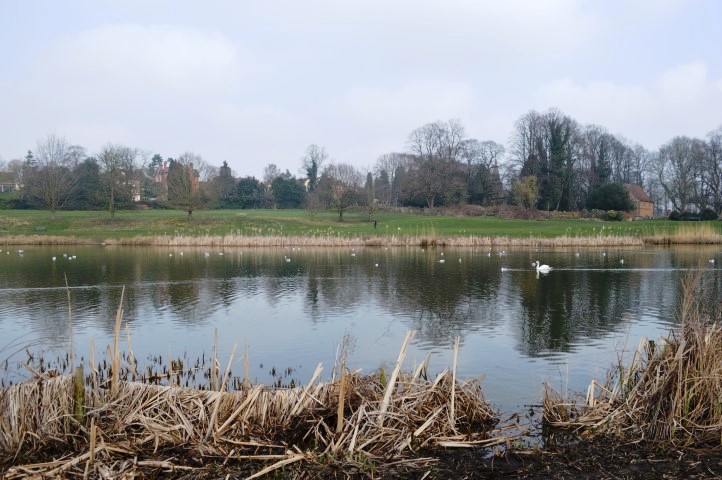 So I promised you some tips, to help you learn from my mistakes, if you’re about to head out and find the phantom yourself; but really it’s more like an idiots guide.

1. Take a portable radio. You really don’t want to find out you’re the only one still searching, half and hour after he’s been found!
2. Take a portable phone charger and keep checking Twitter and Facebook for clues, tips and to make sure he’s not already been found (and that you are actually in the right town).
3. Don’t take a double buggy laden with heavy two year olds, unless you want an extreme full body workout.
4. Get there early, so that when the game time starts, you are already parked up and ready to run.
5. Stay with the crowds. So far he seems to have been found in crowded places and in town centres.
6. Take it as a good sign if there are lots of other people asking the same question. Worry, if they are not!
7. Do not start with “Hi” or “Excuse me”. According to the rules, you must only ask the question as laid out in the rules. No chit chat.
8. Take a map in case you run out of battery. (I got lost looking for the phantom and I also got lost going home!)
9. No matter how cute the ducks are or how pretty the scenery is, the photos can wait until after game time.
10. Never shut your car door with the keys (and children) inside!