Today I took my three daughters to Sudeley Castle in Winchcombe, Gloucestershire. I was there for just under 3 hours and in that time I took 210 photos! You would not believe how difficult it was to choose one for this week’s #CheckOutThatView. I seem to have a photography addiction, because I take at least 200 photos, wherever I go.

At Sudeley Castle, I most enjoyed taking photos of flowers, which are in absolute abundance in the gardens. Had my girls not been there, causing mischief and mayhem, I’d have probably stayed longer and taken a lot more photos. I wasn’t allowed to take any photos inside the castle, which was a shame, but to be honest, the views outside were all stunning. Just imagine living in a castle!

We walked through the gardens, through the pheasantry and took this photo from a bridge, just before heading to the exit. The tree captured me the most as it looks as though it’s falling graciously into the water, but you can also see the castle in the background and the gorgeous blue skies of spring. English heritage at it’s best. 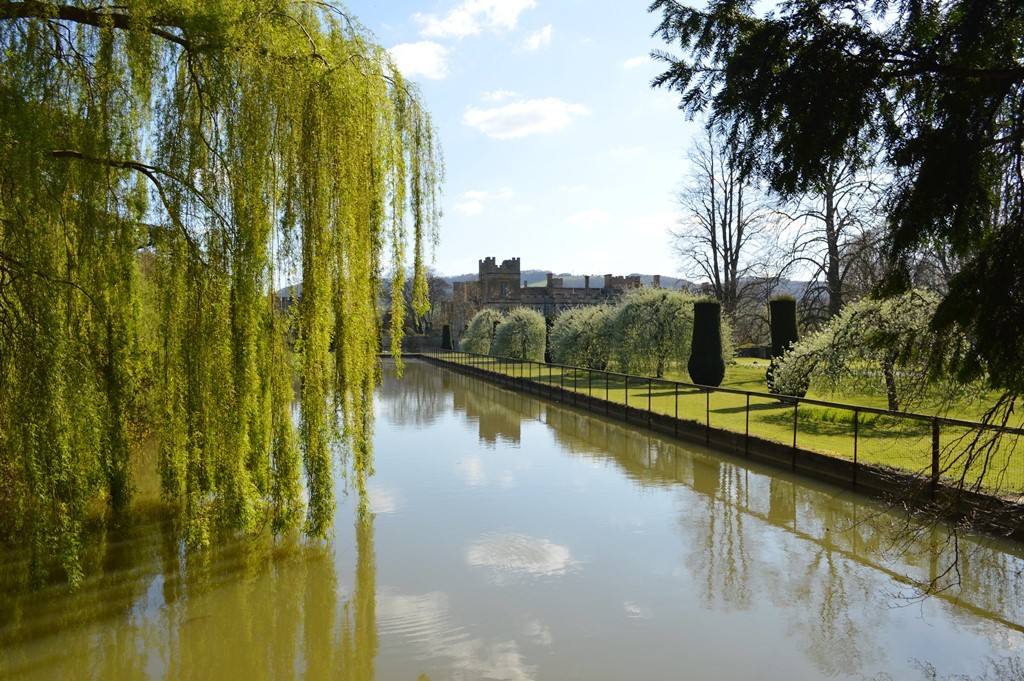 Last week was a quiet one on the blog because I was barely at home and when I was, I was painting fence panels, rather than on the laptop. It was good to have some off-screen time, but thanks to those of you who still linked up, despite me not plugging the link or tweeting you all!

Here is this week’s linky. Don’t forget to use the hashtag #CheckOutThatView so I can ReTweet your posts. Also please do pop over to some of the other blogs that link up, and leave them a nice comment.