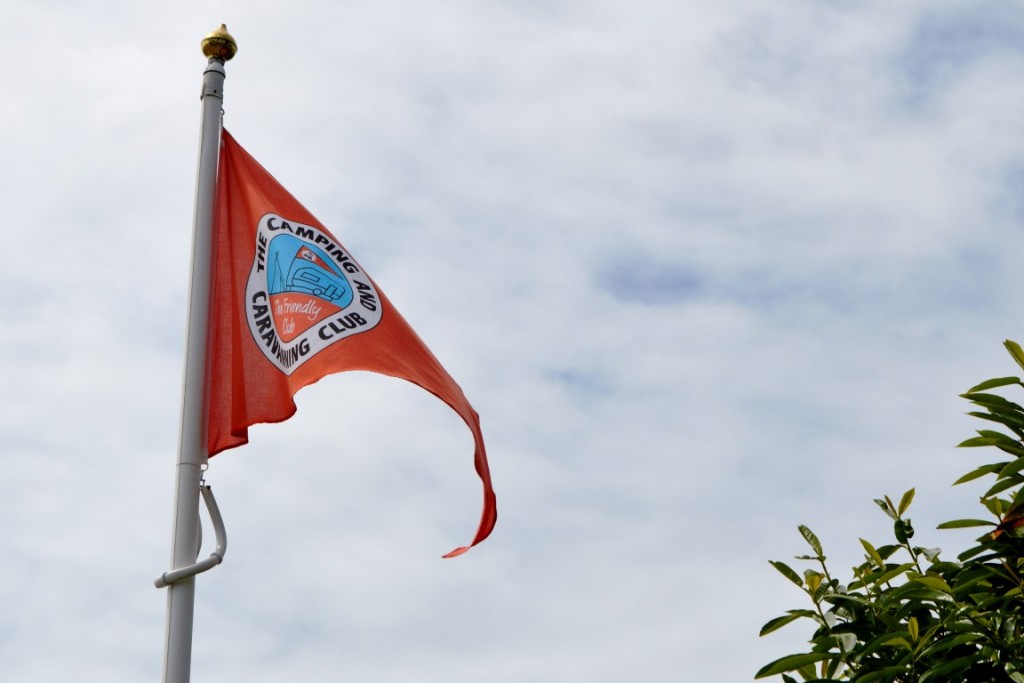 Since becoming a family of five, we had never been camping and felt that it was about time we braved it. Camping is such a thrifty way of travelling. Most campsites in the UK charge between £5-£20 per night, which is very good value for money, especially for families. 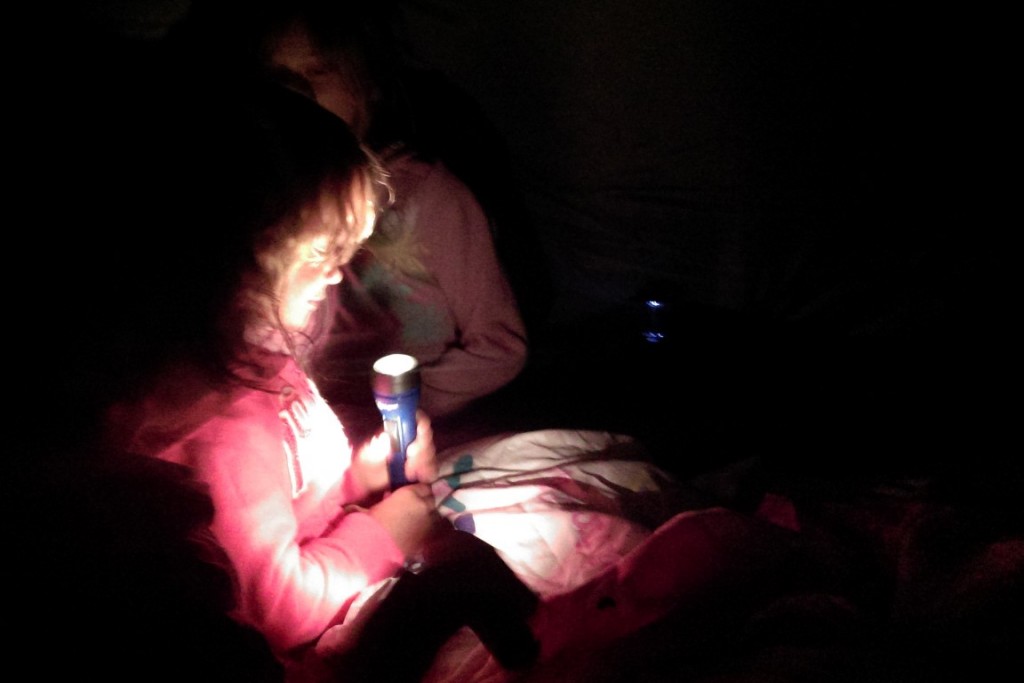 Once the British Weather had warmed up a little, we looked through the Camping and Caravanning Club website, to choose a campsite. 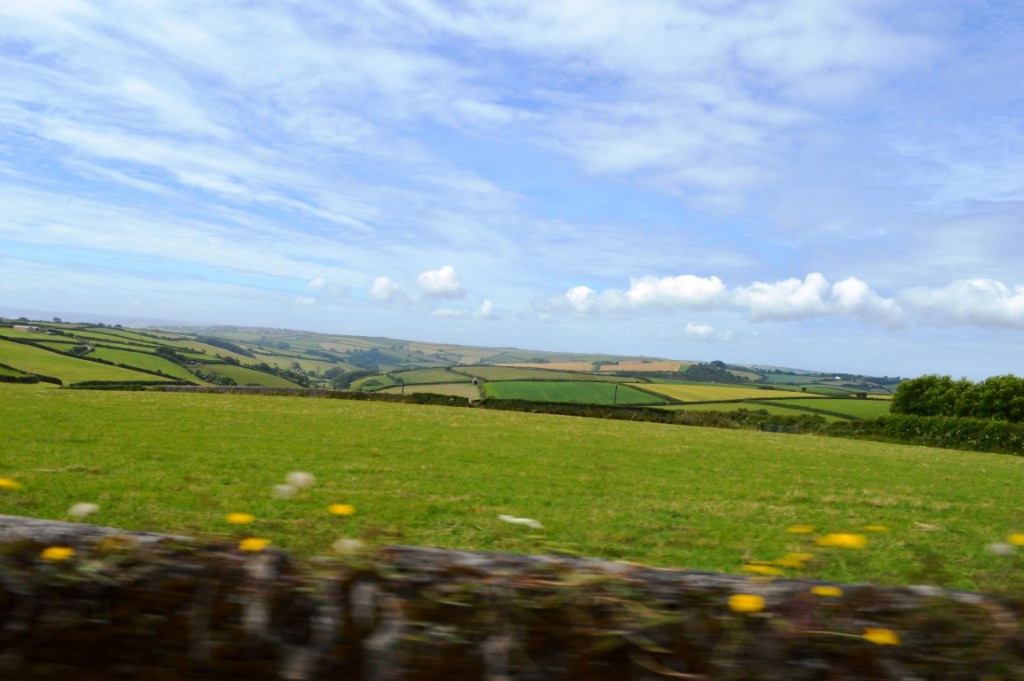 I love the sea, so going somewhere coastal was an obvious choice. We fancied Devon, but wanted to explore a part of Devon we were less familiar with, as we so often go on holiday in the Exmouth area. I searched the camping and Caravanning Club sites by putting in my priorities. We decided that a play area had to be on our list of essential facilities, as we were worried about our daughters getting bored. We opted for the Dartmouth site, booked in and set off just a few weeks later. 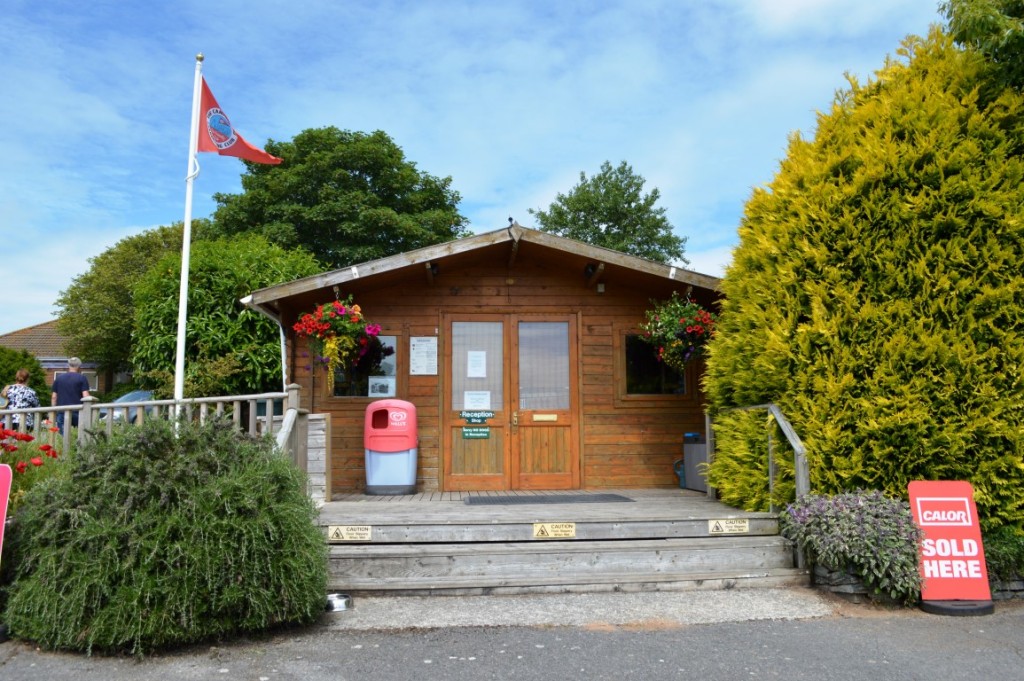 We found the campsite very easily, thanks to the instructions on the Camping and Caravanning Club’s website and despite us arriving late, due to traffic, we received very warm welcome. 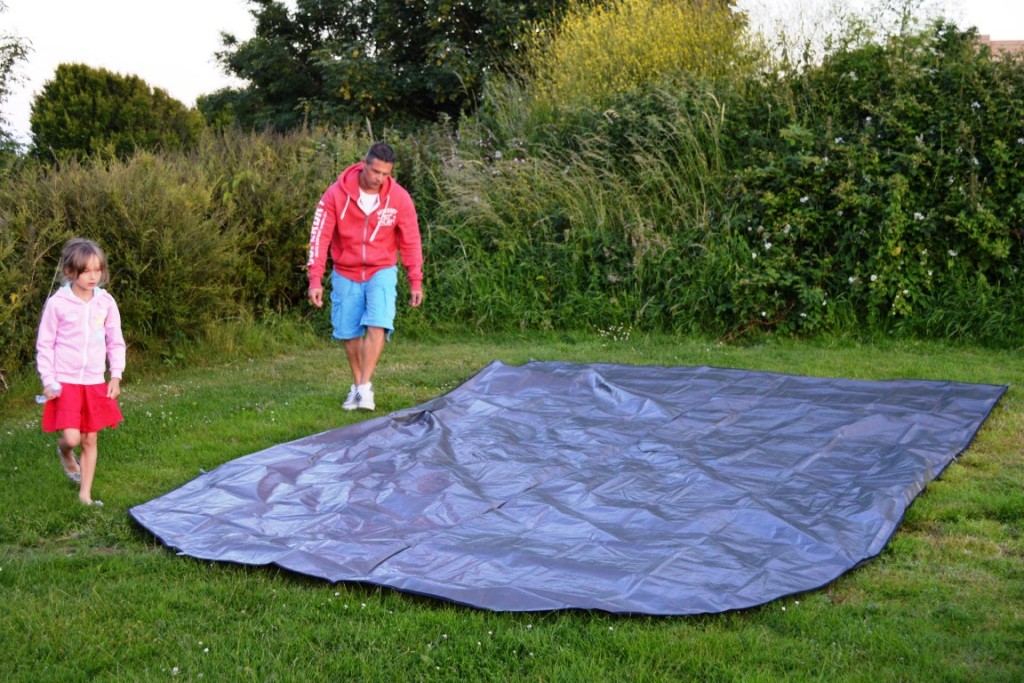 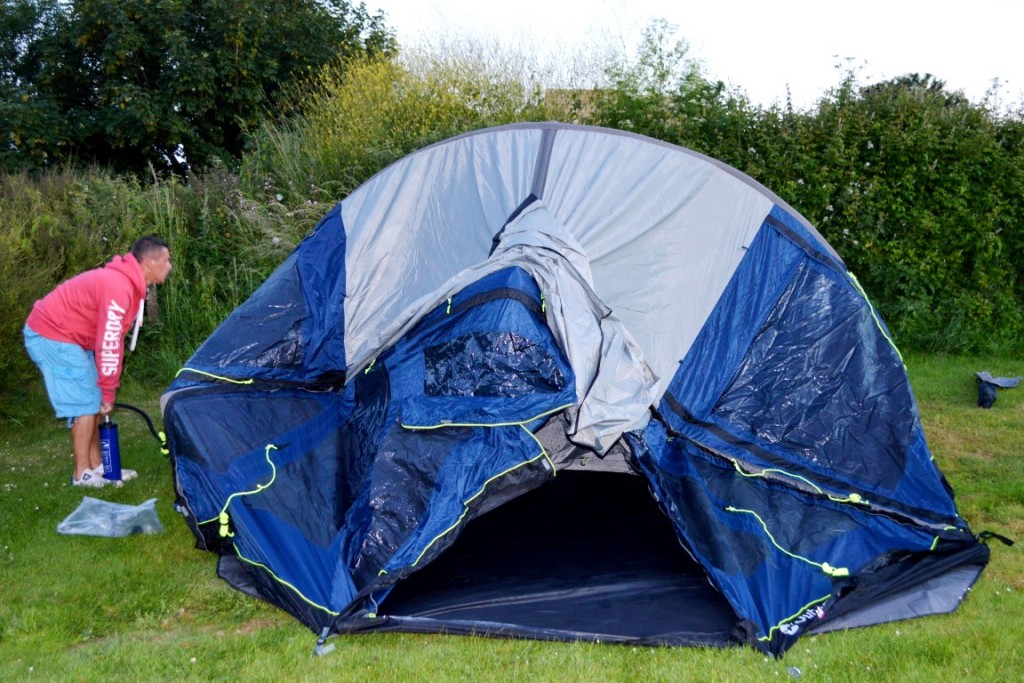 The children and I sat and enjoyed fish and chips, whilst my husband put up the tent. We had borrowed a 6 Outwell tent and accessories, which was rumoured to take two men around 30 minutes to put up. Let’s see how my husband got on…

Tent up, chairs up, carpet in, beds inflated, duvets on, electric hookup charging our phones and boiling the kettle… we were all set. We’d been given a very spacious pitch, right next to the play area, which was perfect. The children spent a lot of time playing in the park and there was a grassy area with goal posts to kick a ball around too. 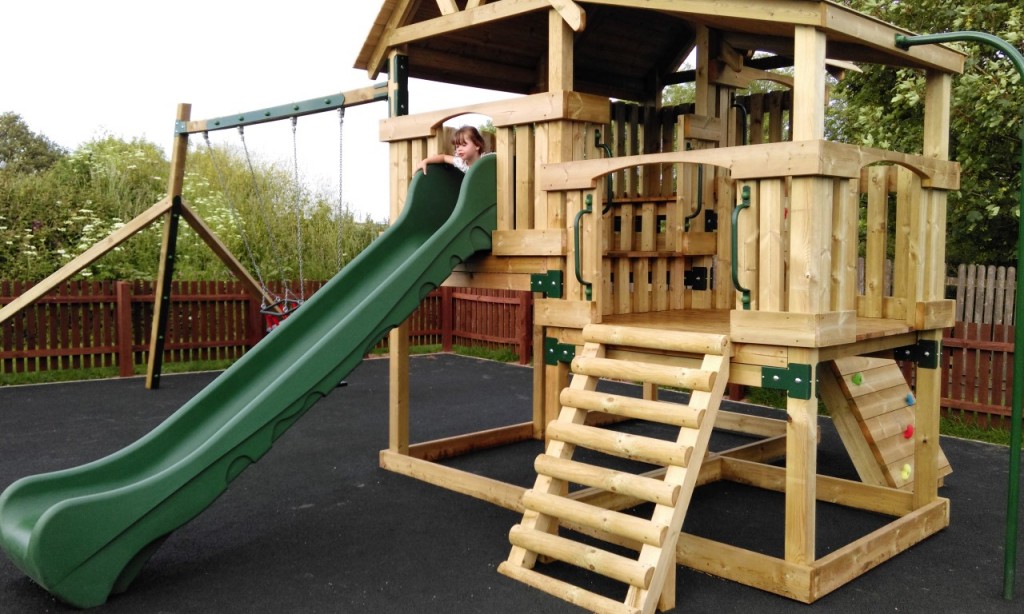 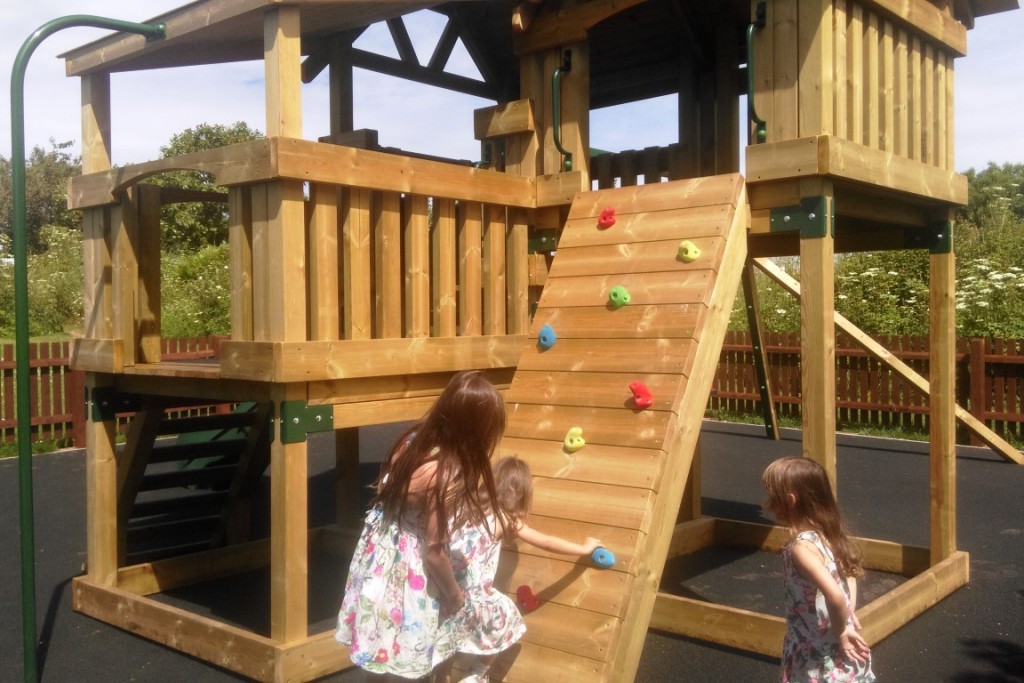 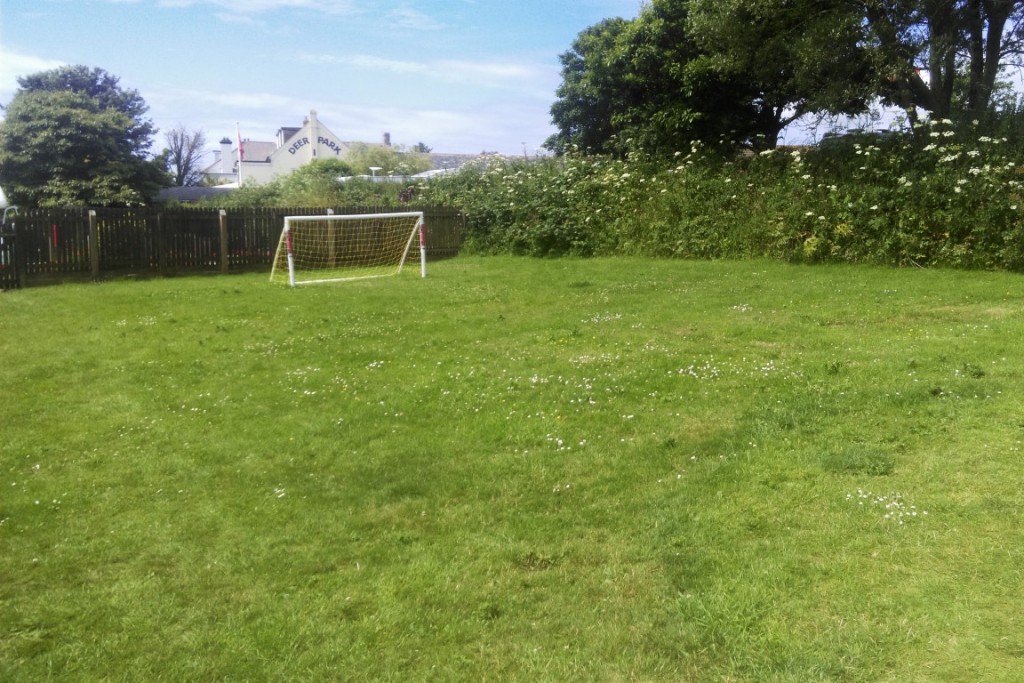 Just the other side of the play area was the on site shop, which sold everything from toothpaste to children’s camping chairs and had a variety of maps and local attraction leaflets. The shop was open most of the time too and was very convenient. 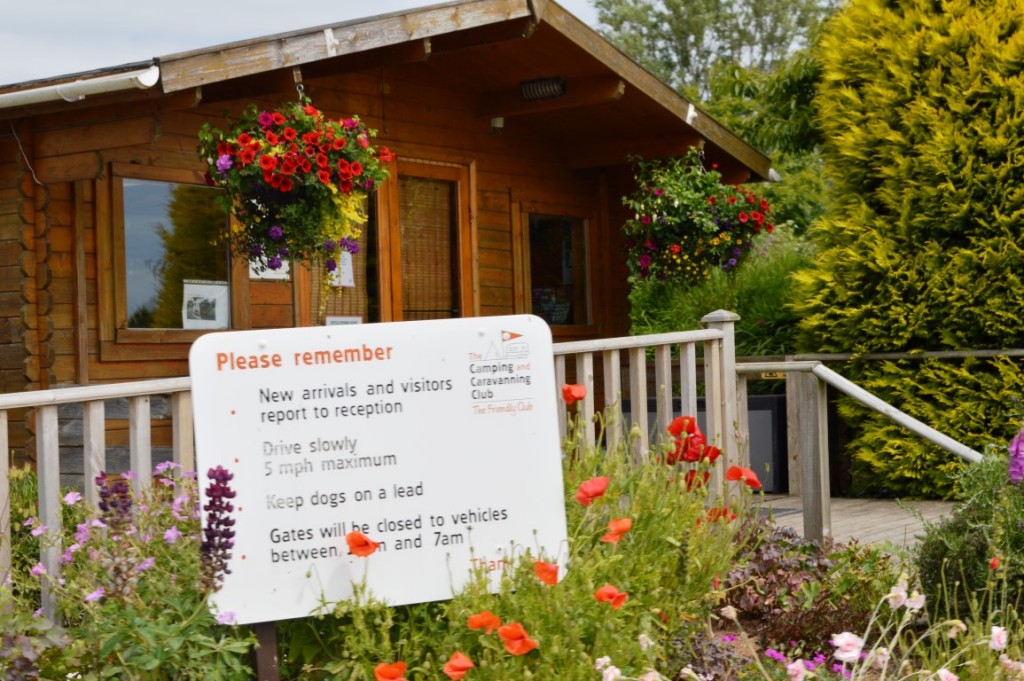 The toilets and showers were the cleanest I’ve seen on a campsite and there was more often than not, somebody in there cleaning, each time I went in. The showers were actually hot and powerful too and you didn’t even have to put coins in them! Talk about luxury camping! (You really don’t want to get me started on the awful showers I’ve had at other campsites in the past). 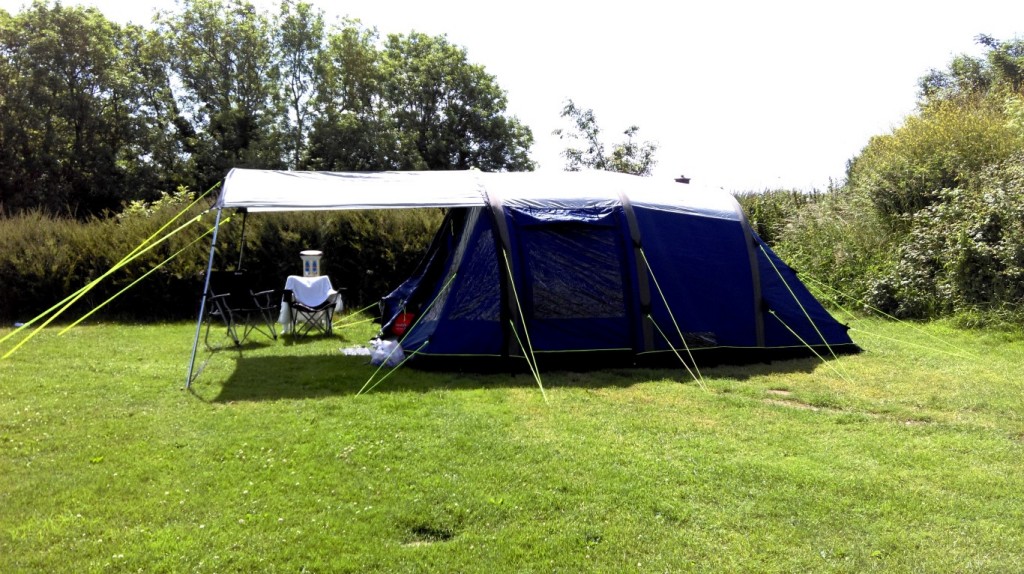 Location wise, the Dartmouth site is in a beautiful rural spot and there is a lovely quiet beach just over a mile away. I am told that you can buy a delicious breakfast at Blackpool Sands beach, but we crammed so much into our weekend in Dartmouth, that we ran out of time and could only pay a flying visit whilst driving past. 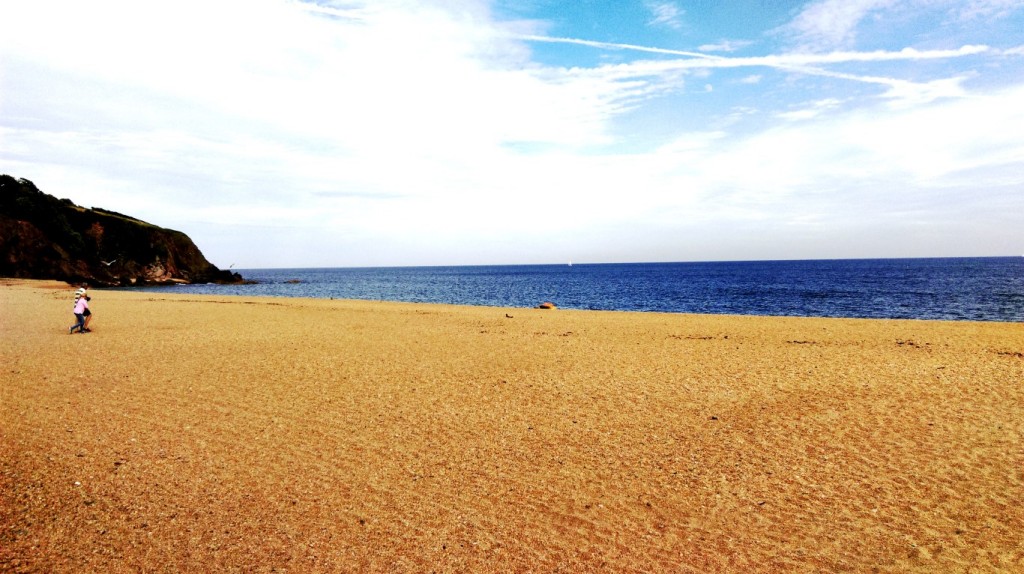 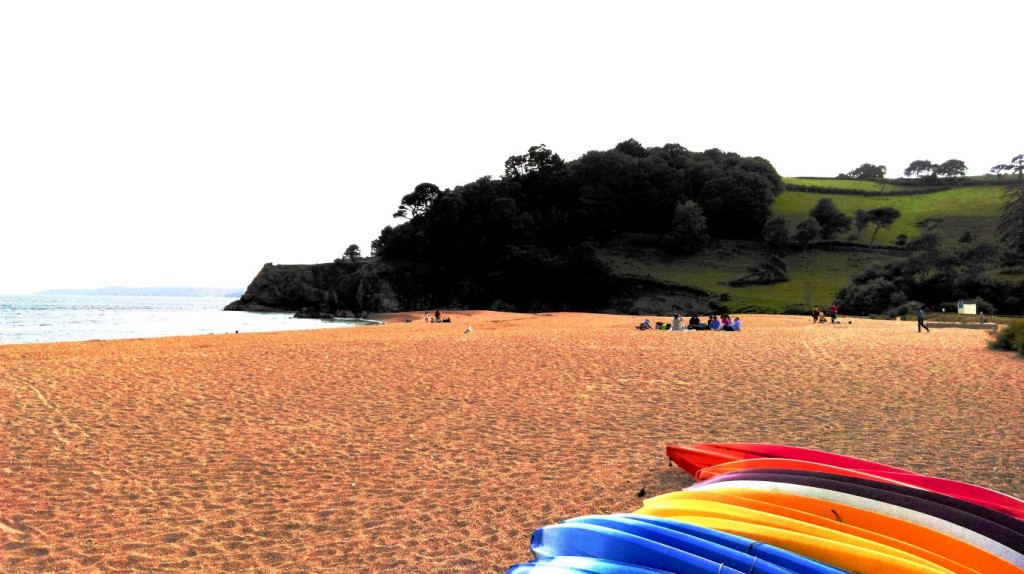 We did attempt to walk to Blackpool Sands, but we got a little lost. Instead we ended up going on a delightful country walk down deserted lanes, which was very good for the soul. 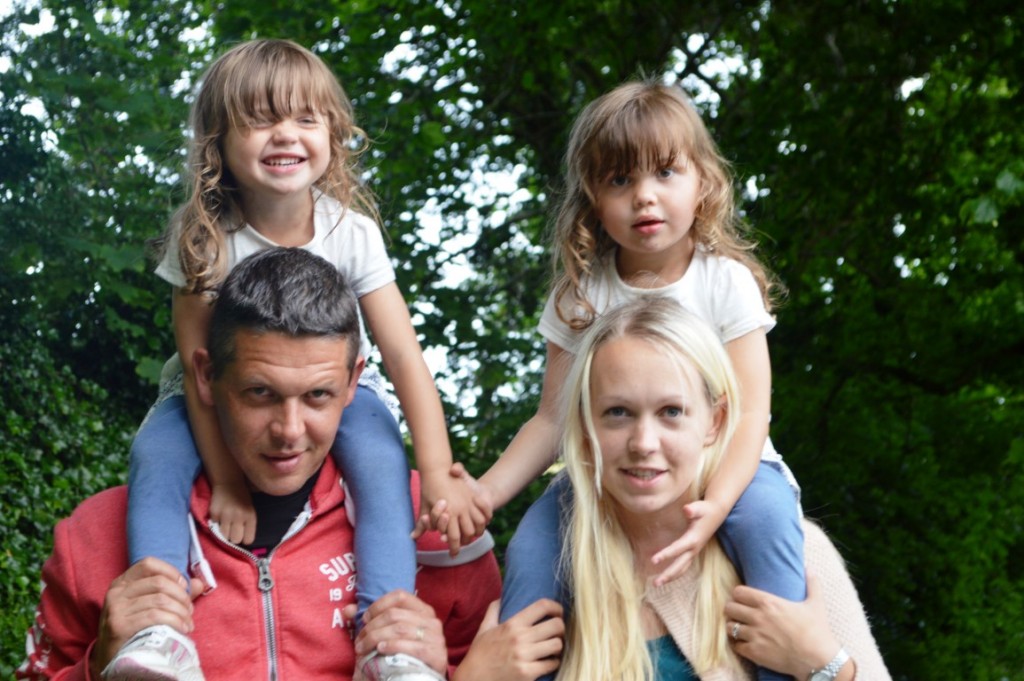 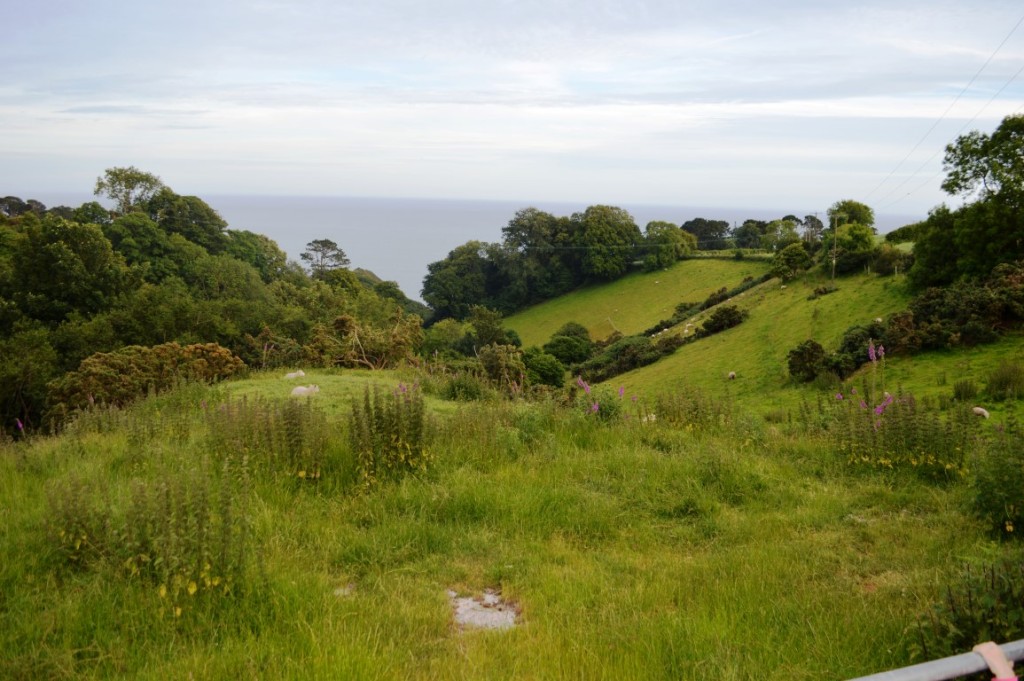 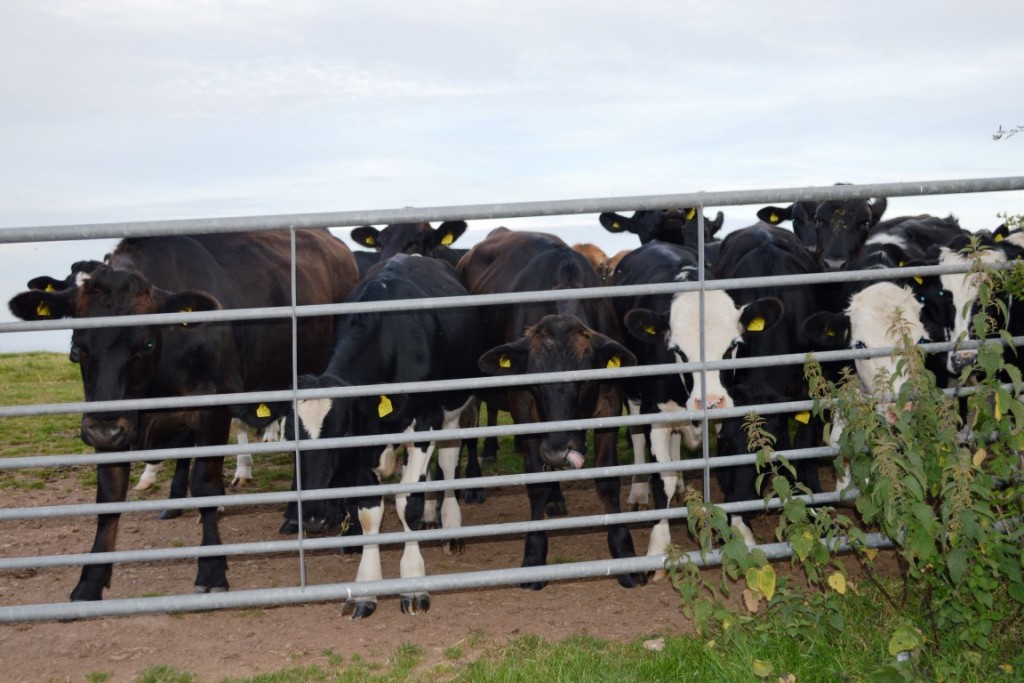 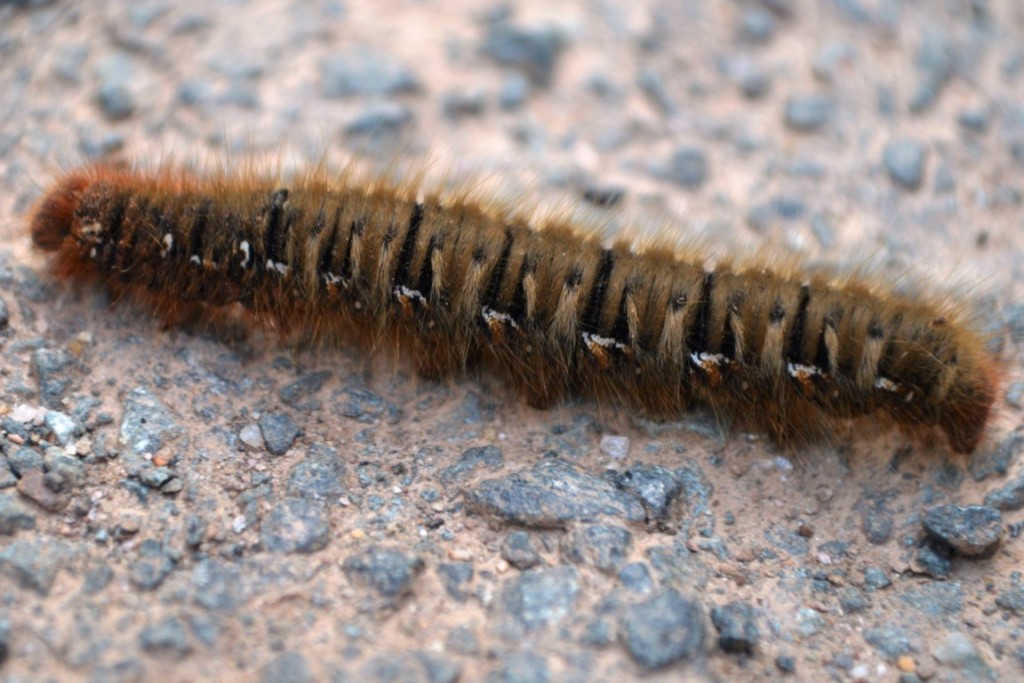 Dartmouth is just a few miles away in the car and is such a picturesque little town. We spent an afternoon there photographing the boats in the harbour, sampling fresh crab sandwiches and homemade fudge and strolling around the quaint little gift shops. I could have happily spent a day (and lots of money) in Dartmouth and had we had more time, I’d have gone on one of the many boat trips too. 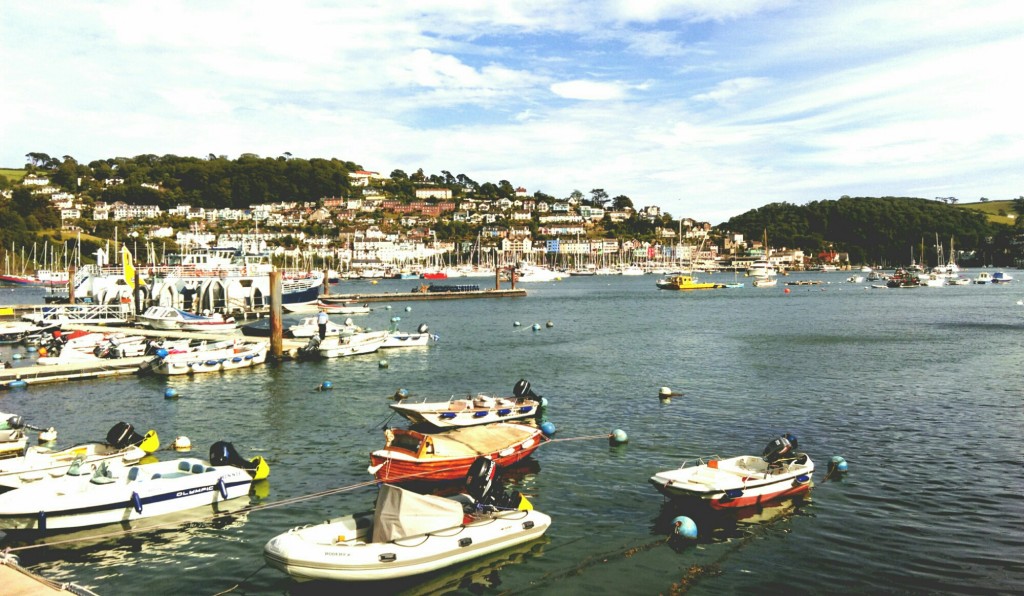 We also took day trips to Paignton beach, Paignton zoo and Woodlands adventure park which was our absolute favourite and only a five minute drive from the campsite. 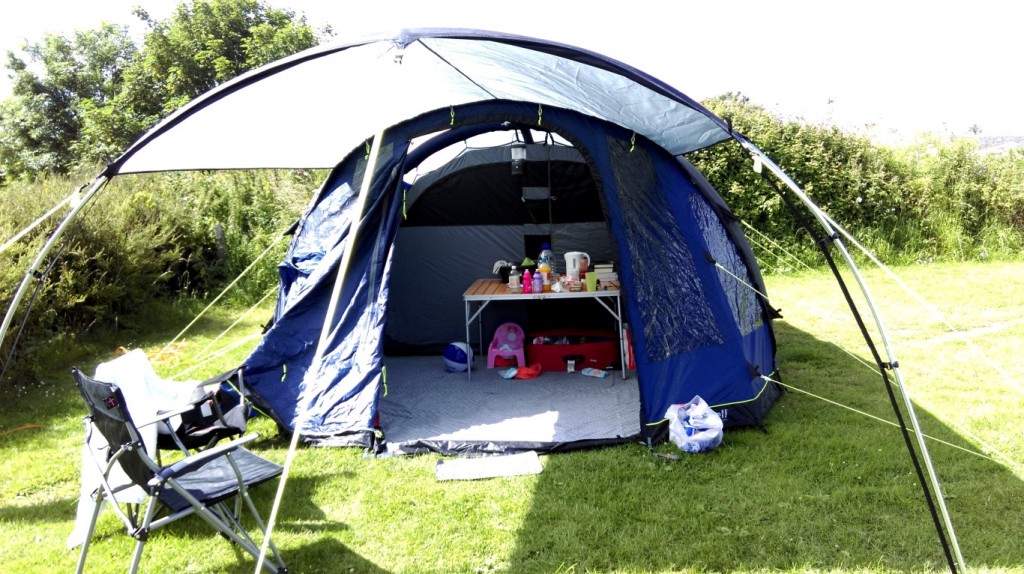 We mainly lived off BBQ food whilst we were camping, because we are British and it was summer (any excuse right?). The Camping and Caravanning Club gave us a health and safety brochure and highlighted the risks of carbon monoxide poisoning from extinguished barbecues, so we ensured we kept the BBQ outside, far away from the tent, even at night and were very thankful for the tips. 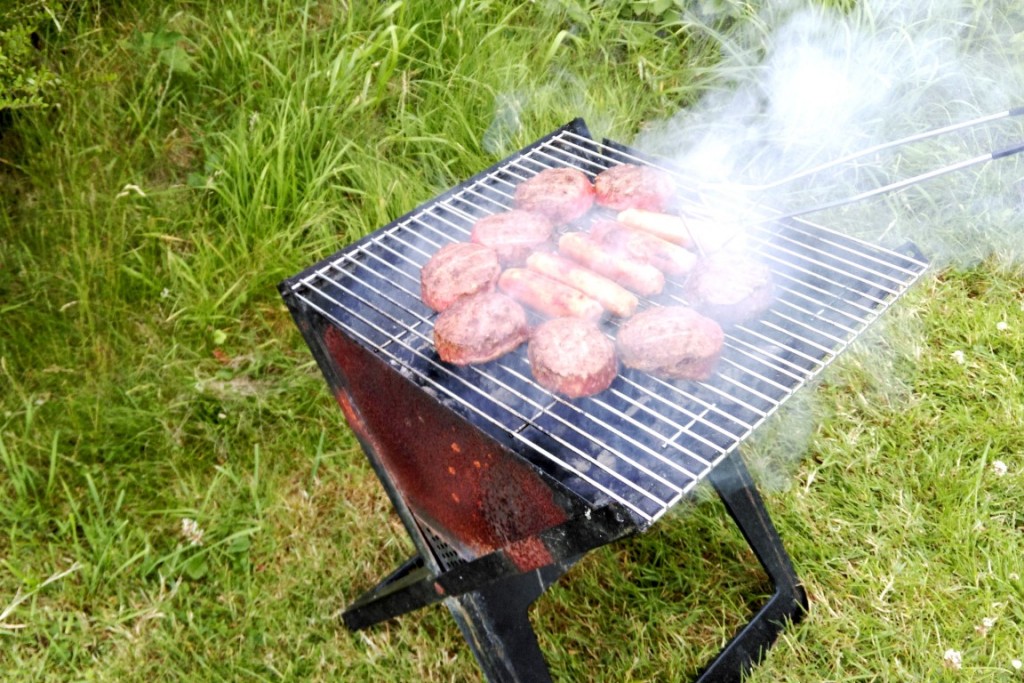 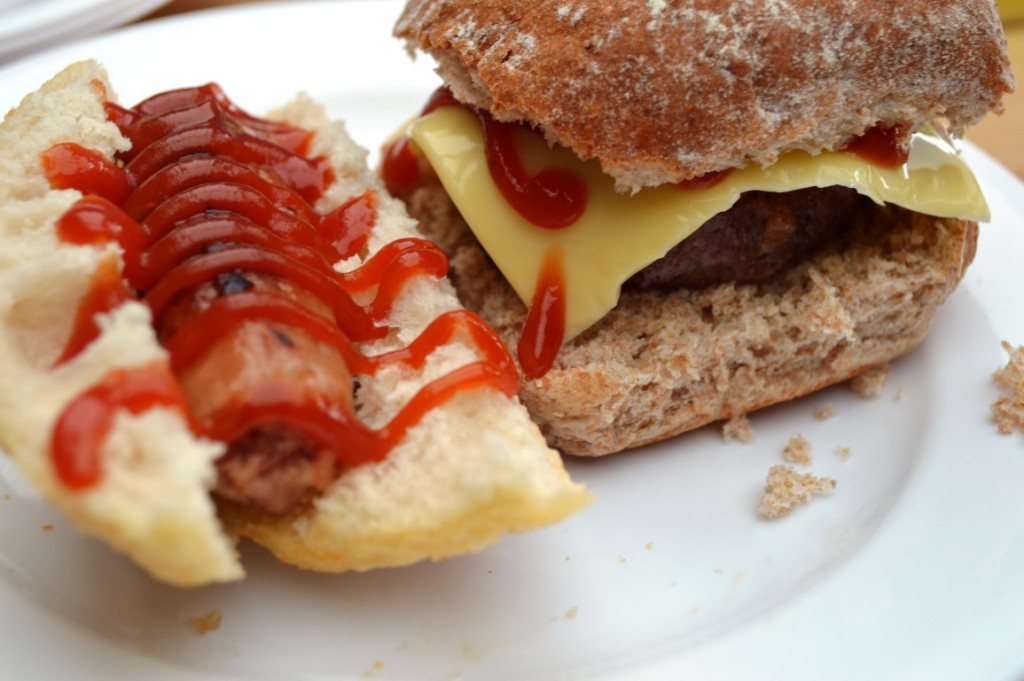 Overall, we were hugely impressed with the campsite. The staff were extremely helpful, stayed late because we were running late, gave us advice on where to get food in Dartmouth before we arrived and even offered to help us put up our tent. They gave us directions and advice on places to go and things to do, the shop was well stocked with long opening hours and the facilities were clean and well maintained. The whole site was kept very pretty too, with an abundance of flowers and immaculate lawns. 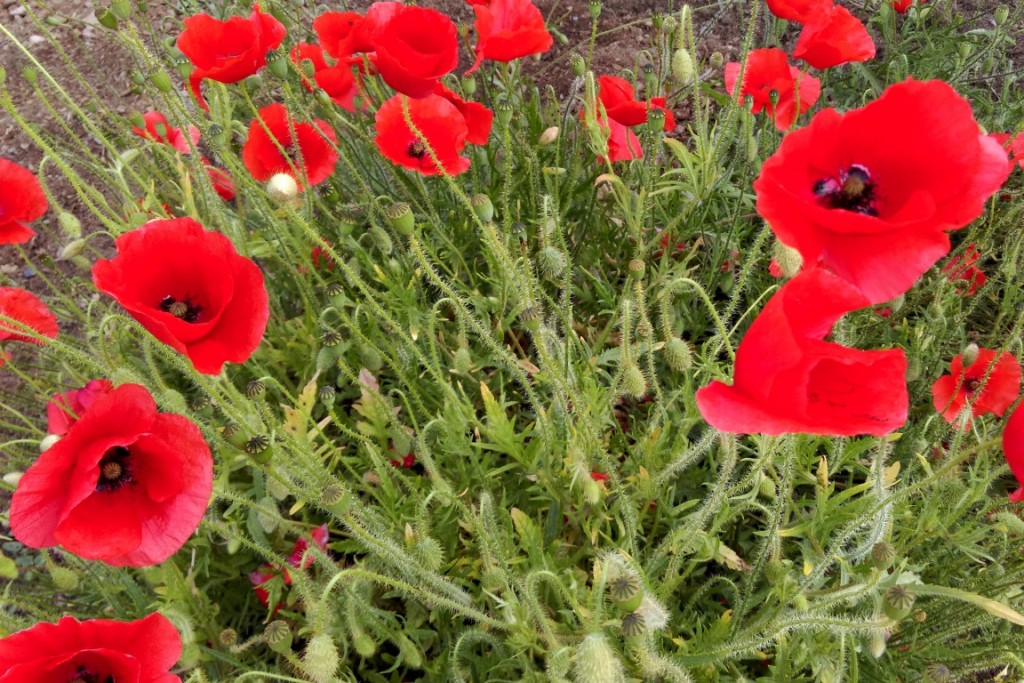 We were worried about camping with toddler twins for the first time, but we needn’t have been. This site felt very safe, in a peaceful rural location, with strict speed limits on site and the camping area was well away from the main road. The play area had a fence around it and so did he grassy area, to prevent children from running out of the play area (which is handy when you have twins, as one is prone to running off whilst you are helping the other). All three of our children had a fantastic time camping and slept really well. It did take me a night to get used to all the animal sounds, but by the second night I happily slept through it all. There’s something very refreshing about laying in bed listening to the sounds of… cows, sheep, a variety of birds, crickets, a cockerel and a couple of owls. 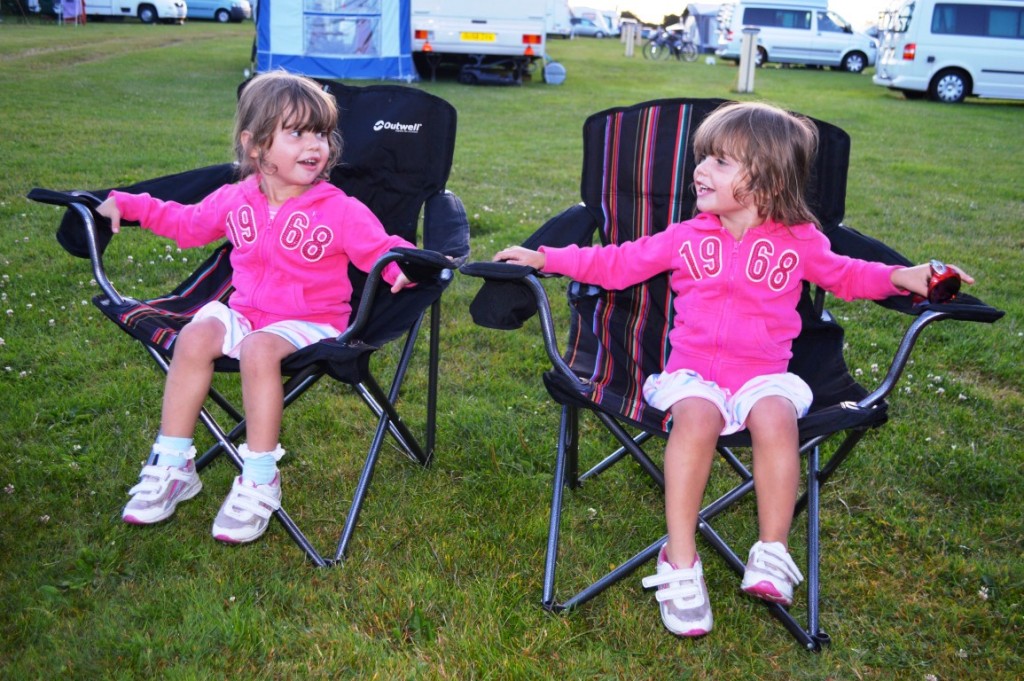 We would definitely choose the Camping and Caravanning Club again when choosing a campsite to visit and would highly recommend the Dartmouth site to anyone looking to go camping in Devon.