Last weekend, we thought it might be nice to take the children somewhere different. Somewhere they’ve not been before. So we packed ourselves some lunches and set off for Barry Island in Wales. 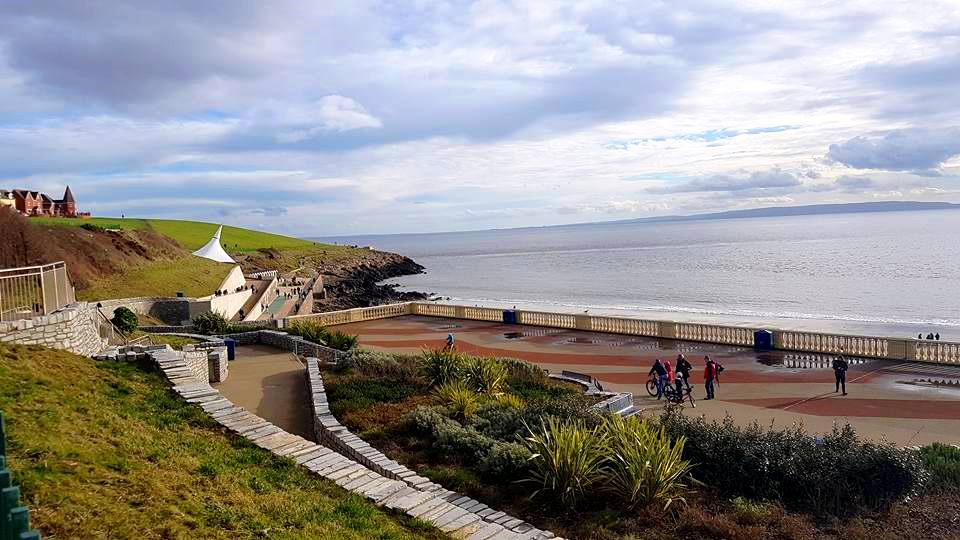 Barry Island is very well signposted, so we didn’t have any trouble getting there. We parked in a big open car park on Nell’s Point, which gave us a wonderful view of Barry Island. A nice little pathway leads down to the seafront and forks off towards the beach. It was a bitterly cold winter’s day so we didn’t actually go onto the beach itself, but I imagine in Summer it’s a great beach to sit on and build sandcastles. 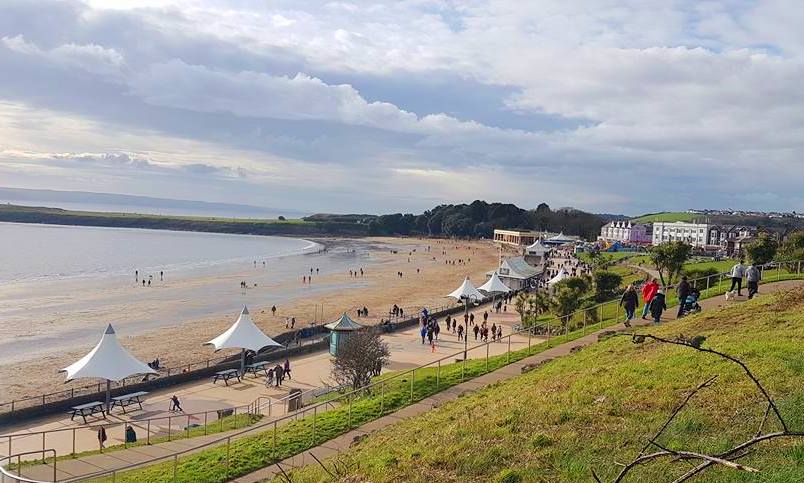 Our first stop was Barry Island Pleasure Park, which was a sore disappointment. Most of it was a building site in ruin, the rest of it was closed. It was a mess. Only one ride was open, which was the big wheel. I took 9 year old Bunny and 4 year old Tiny on it and the views from the top were brilliant. 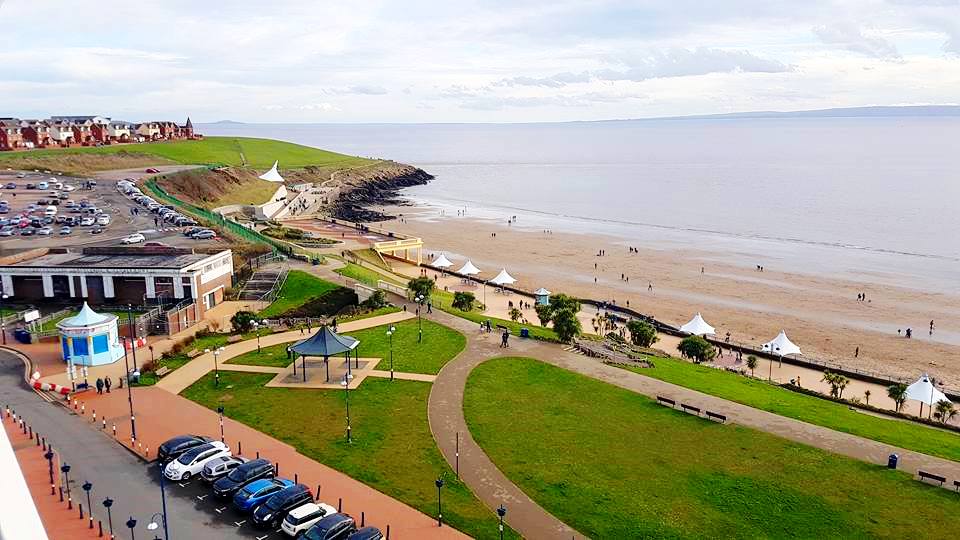 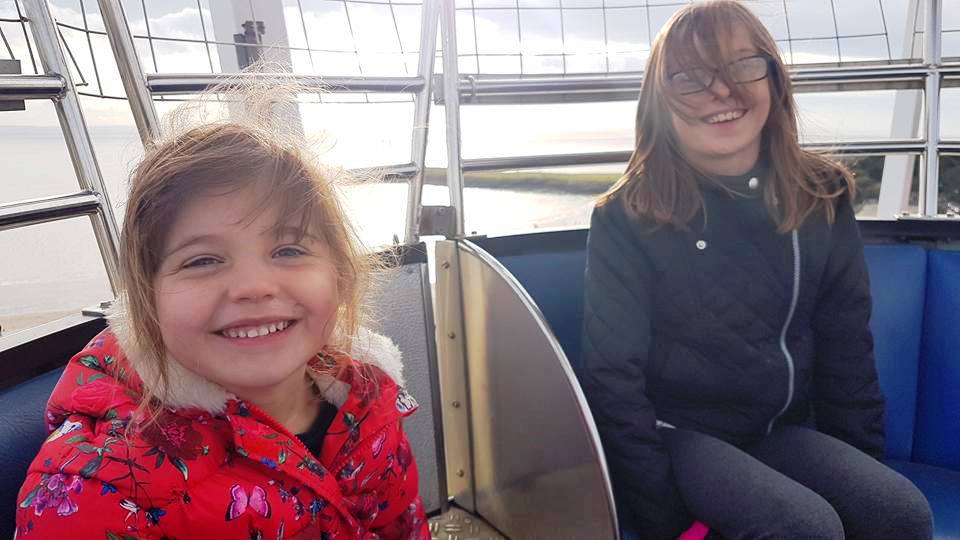 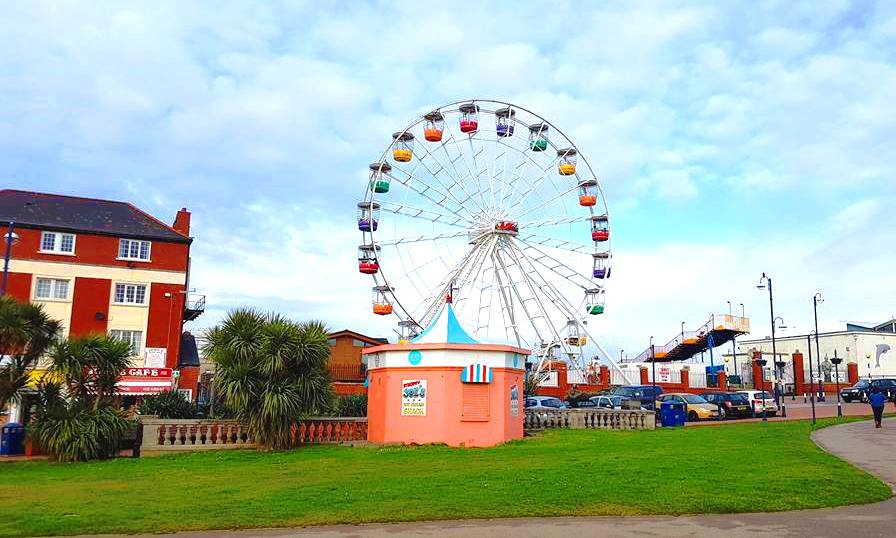 After the disappointment of everything in the pleasure park being closed, we were happy to find some small rides, trampolines and inflatable slide on the seafront. The girls had great fun on those. 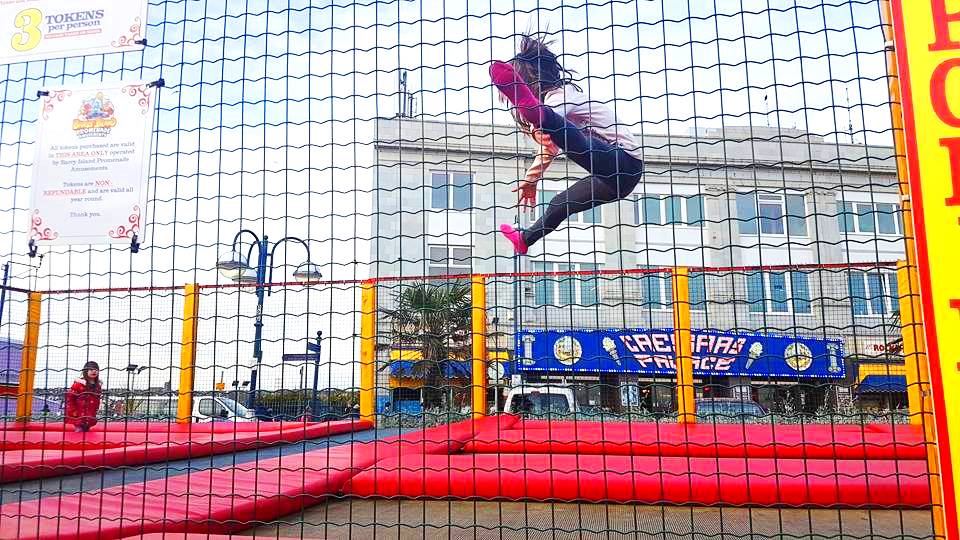 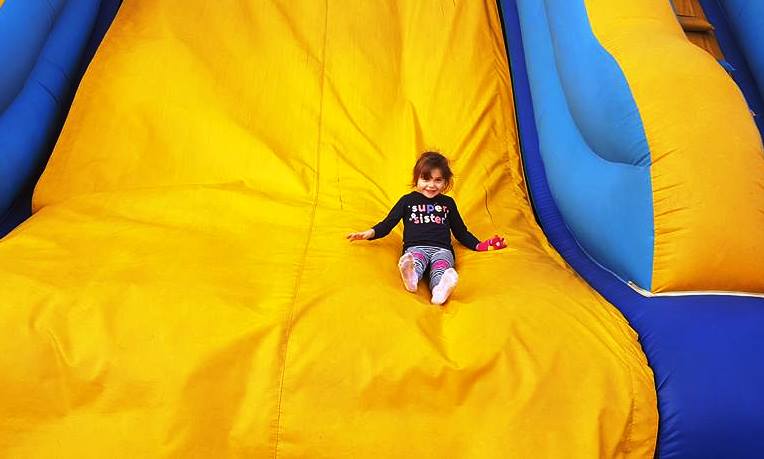 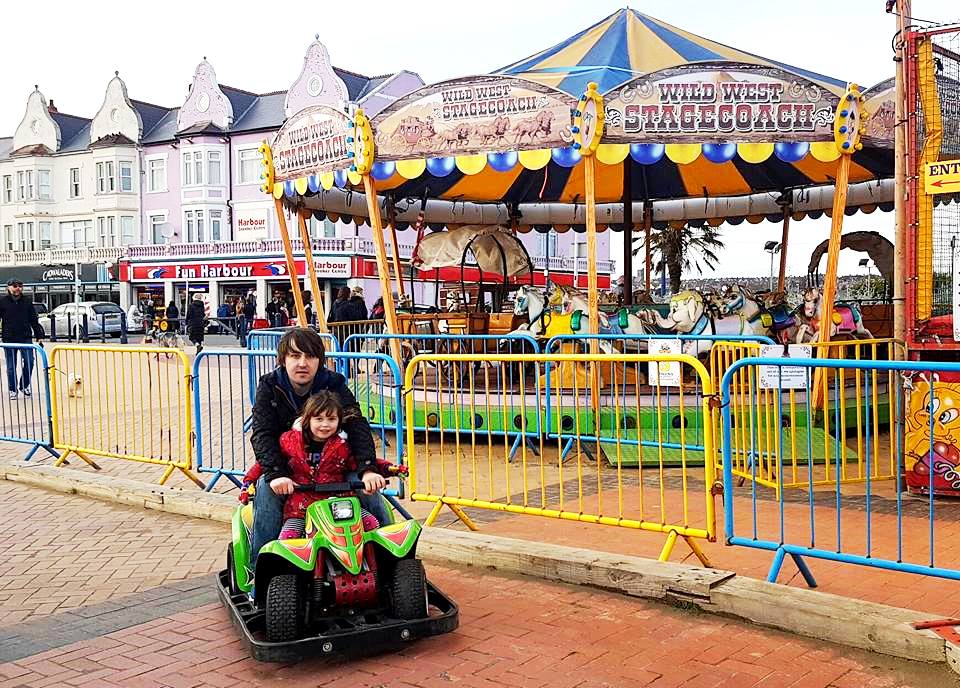 There’s a fantastic looking crazy golf course on the sea front too, which we had planned to play, but unfortunately the cold wind chill got the better of us. We ventured into a lovely café called Whitmore + Jackson. The twins enjoyed Babycino’s, whilst Bunny tucked into a white hot chocolate with marshmallows. I felt comfortable enough to breastfeed in there and they had seperate baby changing facilities. We bought a few rounds of lemon cake, which was absolutely scrumptious. It was very good value too and a nice place to warm up and people watch. 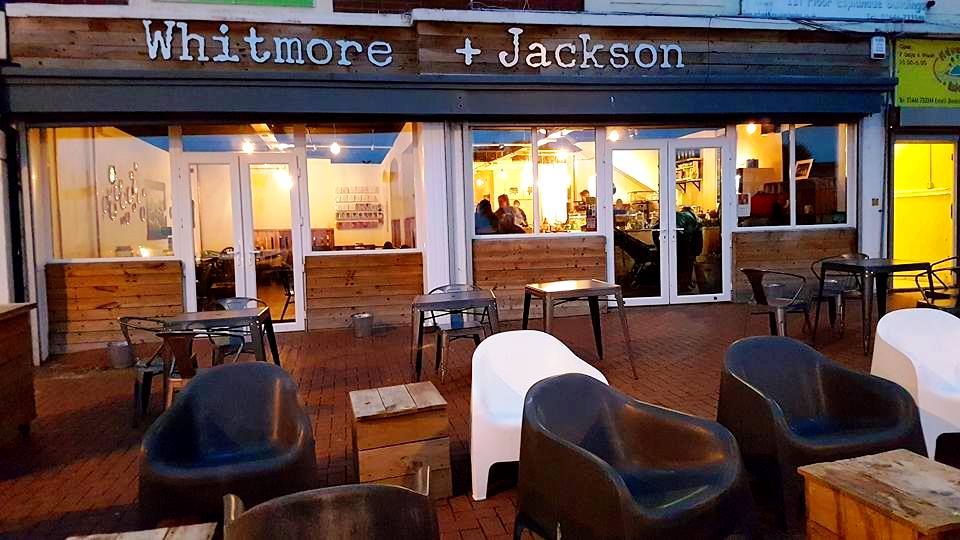 Our next stop was the amusement arcades. I’m afraid to say these matched the pleasure park in terms of our disappointment. We played on the 2p machines for about twenty minutes but soon left. In all honesty, I’m surprised the arcade was allowed to be open. There were people sawing and sanding wood in the middle of the arcade and the dust and shavings were going everywhere. The whole arcade was covered in a blanket of dust and the carpet was littered with rubbish and pieces of broken metal. It was a health and safety hazard. It really was not safe for adults or children to be in this arcade. Filth and debris aside, more than half of the machines were either broken or switched off. We had won some tickets on the 2p machines and signs advertised prizes, but there was no prize desk to be found. We left a little cross. 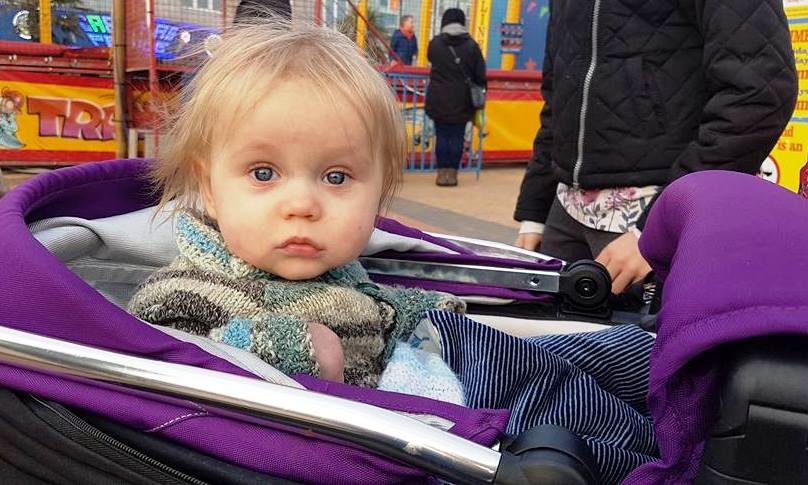 There are other arcades in Barry and I’m sure these are probably much nicer and safer. We’d had a really nice family day out regardless of a few disappointments, so we didn’t go to any other arcades. Instead we opted for fish and chips on the seafront, before the journey home. The chip shop had run out of the first three things I tried to order (it was only about 5:30pm!), so they gave us a couple of free sausages. We are easily pleased, so it was fine. They were the perfectly cooked, typical British seaside fish and chips, so we were happy. 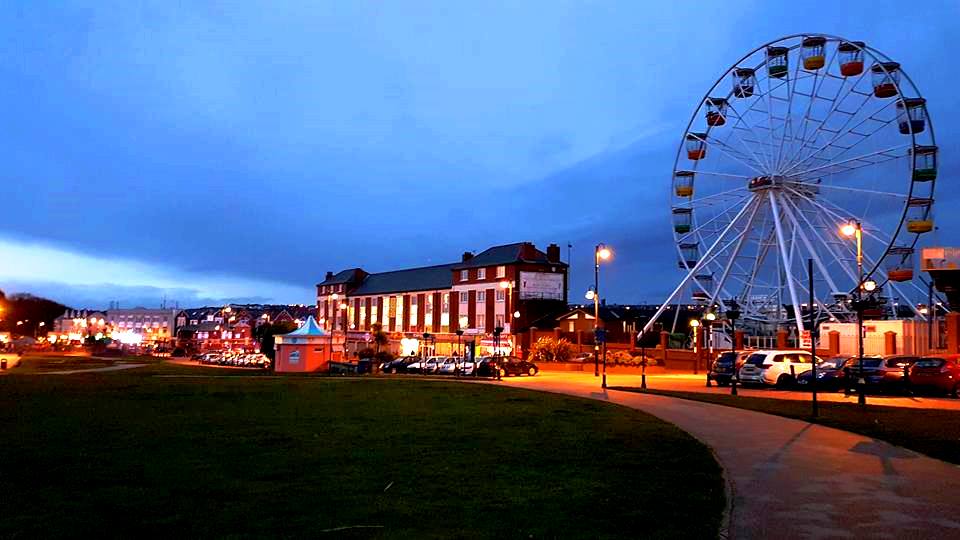 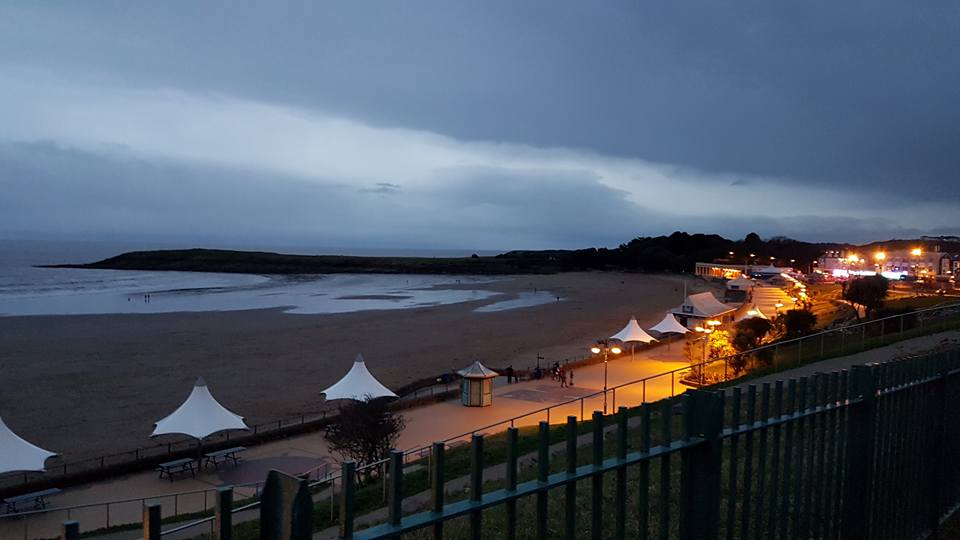 I imagine that Barry Island in Summer is much busier than in winter. I would hope that the pleasure park and arcades are fit for customers in summer too. 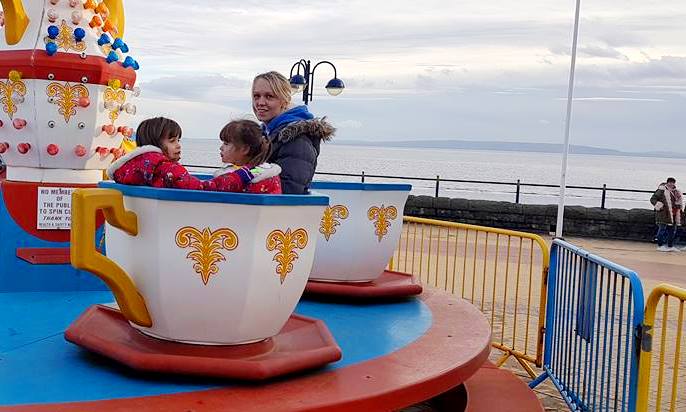 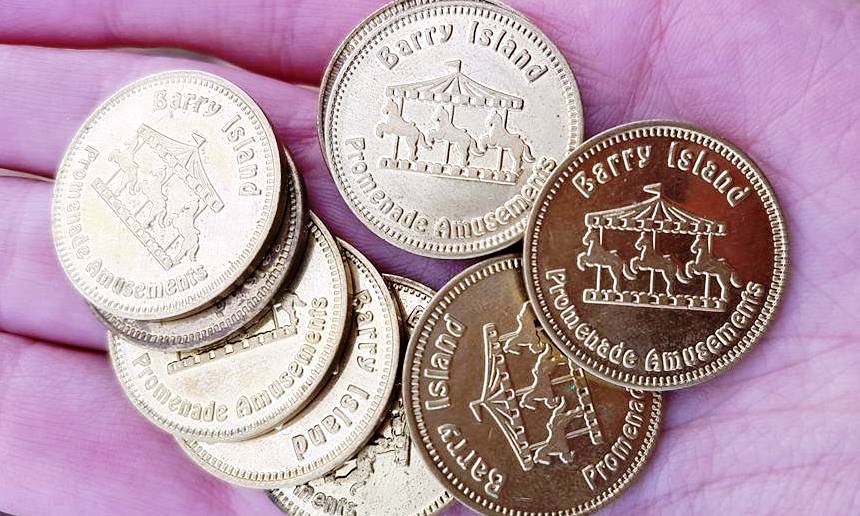 All in all, Barry Island is a very small but pretty seaside town. Even without the pleasure park, we found lots to do. The highlight for me, was simply spending time with my beautiful family, exploring somewhere new. I’d go back to Barry Island again, but not in the winter. 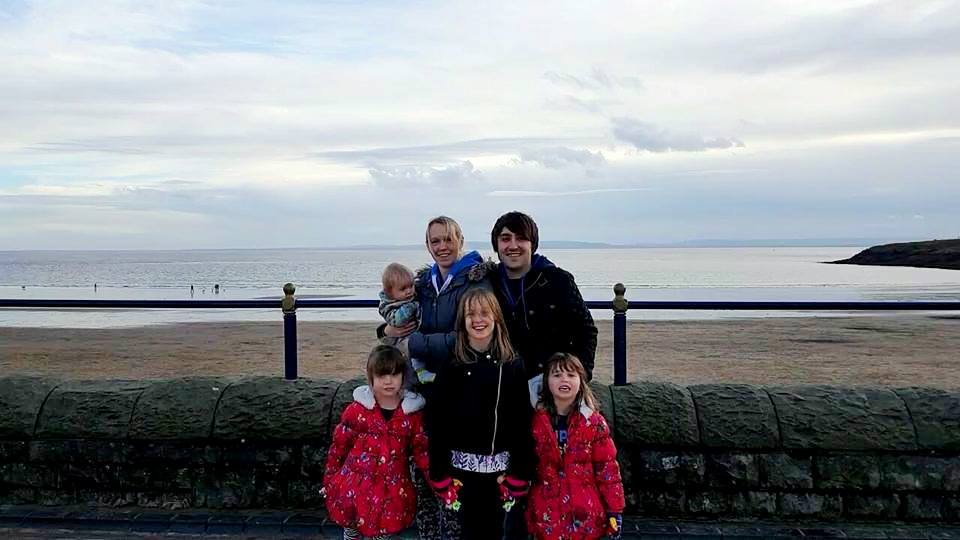