After attending the annual Blogfest conference, myself and Joy, who blogs at Pink Oddy, were excited to be sampling a three course meal at the reportedly lavish Number Twelve Restaurant. 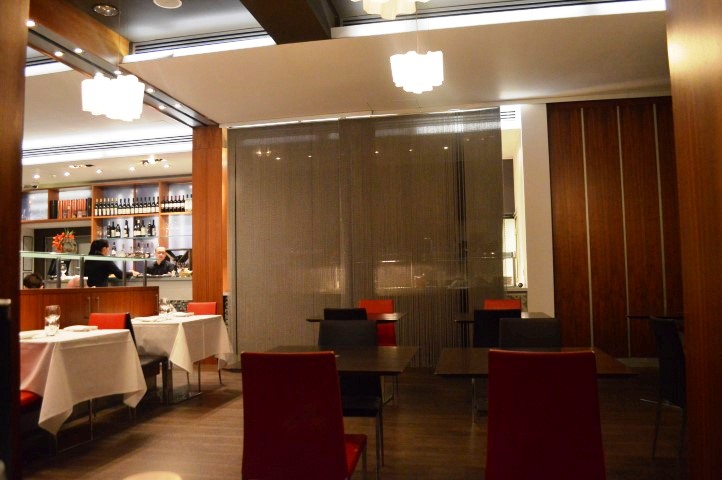 Number Twelve is part of the 4-star Ambassadors Bloomsbury Hotel. It was really easy to find – just a few yards down the road from Euston tube station, although the restaurant signage was quite small. We were actually Google mapping it, when we realised we stood right outside it!

The toilet facilities were very clean, nicely decorated and really quite unique. 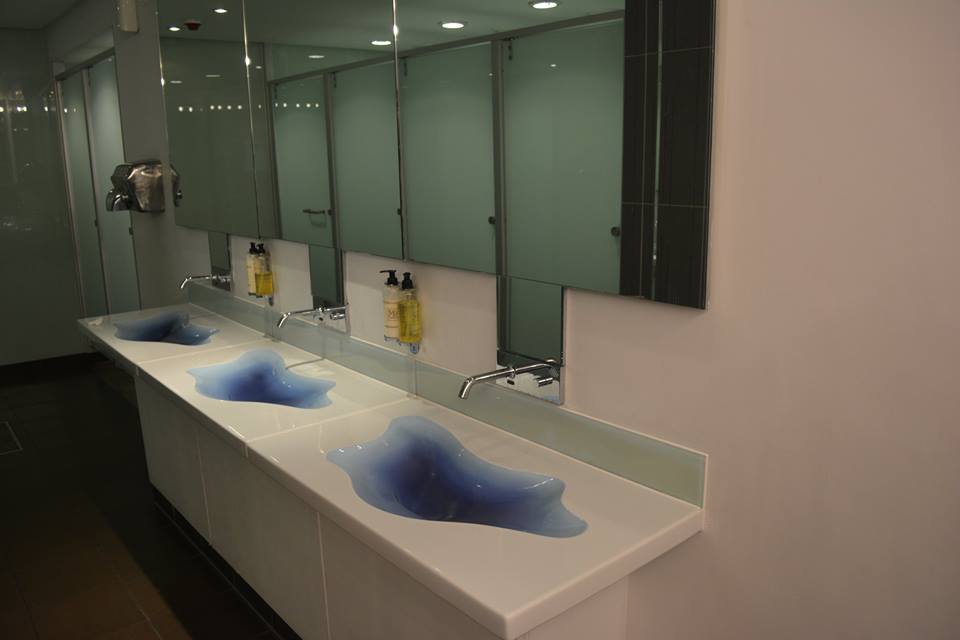 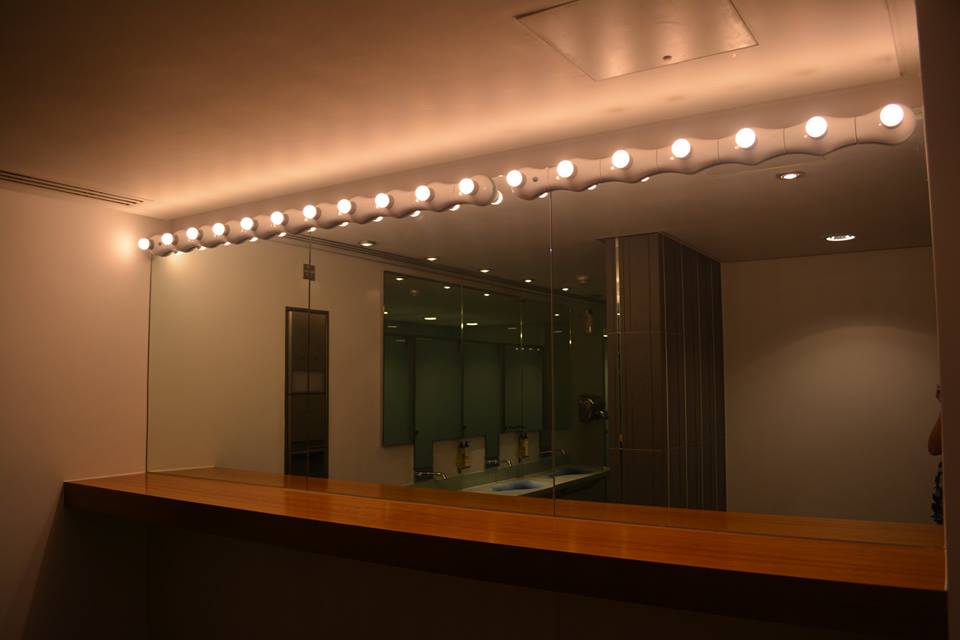 We were welcomed into the restaurant at 7pm and our coats and bags were kindly taken from us. We were seated at a nice quiet table by the window. The restaurant wasn’t as  busy as I had expected, bearing in mind I’d been told the hotel was fully booked. 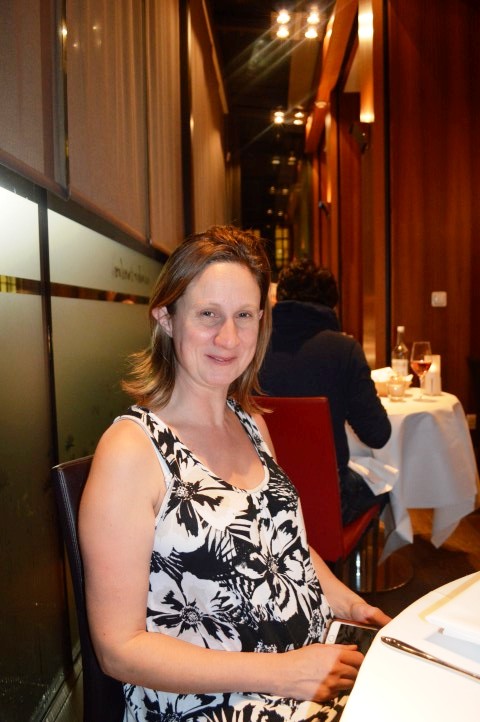 The restaurant was very clean and modern looking, with good lighting – not too dark and not too bright. There was a very fully stocked bar, with a wide range of spirits and an extensive wine list. 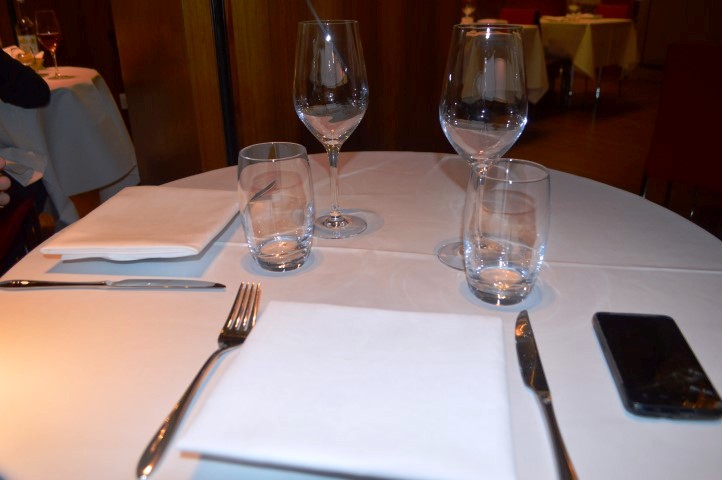 We were given menus, bread and dipping oil and then left, for twenty minutes, despite numerous attempts to get the attention of the waiting staff. This meant that sadly we did not have time to order a starter. We mentioned to the waiter that we were on a time constraint, due to needing to get the coach back to Gloucester. We had thought he would be considerate of this, but instead he just said “there is nothing I can do, it is not up to me how fast the kitchen move”. It had however, been up to him, how quickly he served us. 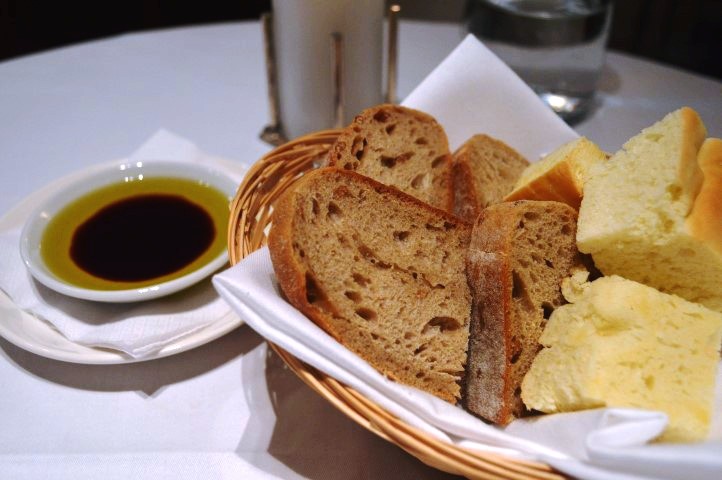 He took our food order first. I ordered the King Prawns (£18.00), which the waiter explained, didn’t come with anything and he asked if I’d like any side orders to go with it. I chose new potatoes.

Joy ordered the sirloin steak (£25.00), cooked medium. This came with chips, a giant flat mushroom, tomatoes and a peppercorn sauce.

Joys drinks order was taken rapidly and the waiter then disappeared, without a thought as to whether I too might like to order a drink. This quite frankly astounded me, but as he did not return to our table again until 7:50 (with our meal), I gave up and shared Joy’s water.

Ordinarily, I don’t think 30 minutes would be a long time to wait for dinner, in a nice restaurant. However, as we had both ordered items which are very fast too cook, had already explained we were in a rush and the fact there were very few other customers, I do believe it could have been a little quicker.

My meal was literally six king prawns and absolutely nothing else. Not even the potatoes I had ordered. Admittedly they were nice, big succulent prawns, but they most certainly weren’t worth the price. 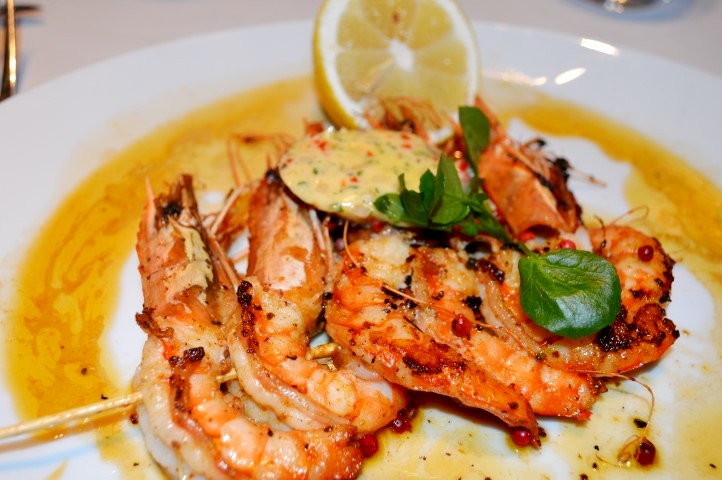 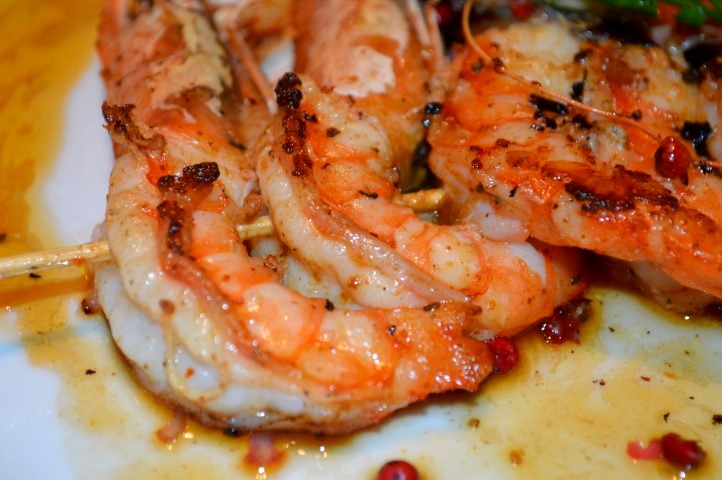 Joy’s steak looked nice from the outside, but it quickly became apparent it had been cooked on a very high heat for only a minute or two as it was cooked rare and the blood was oozing out of it. It came with the sauces, mushroom and tomatoes stated, along with five chips. Yes… FIVE chips. Five very greasy chips at that. 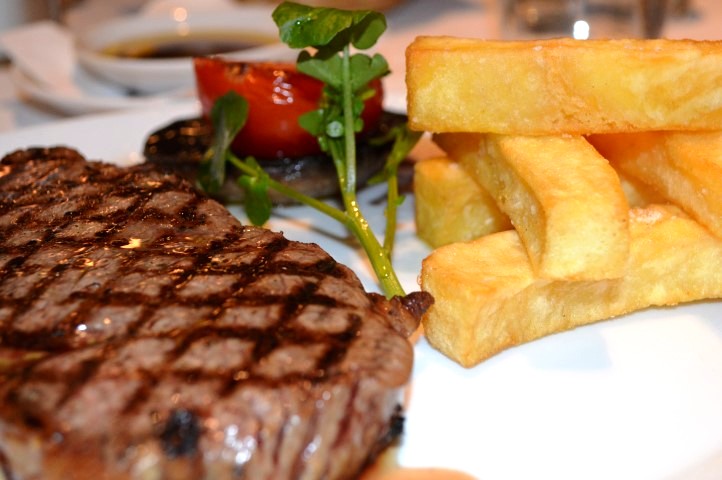 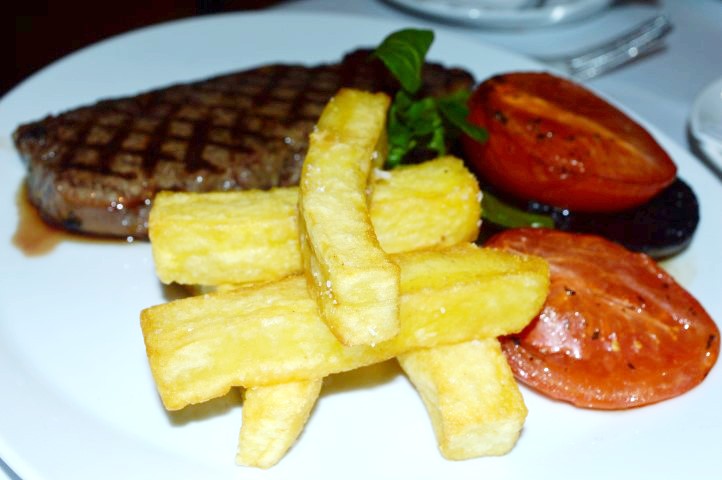 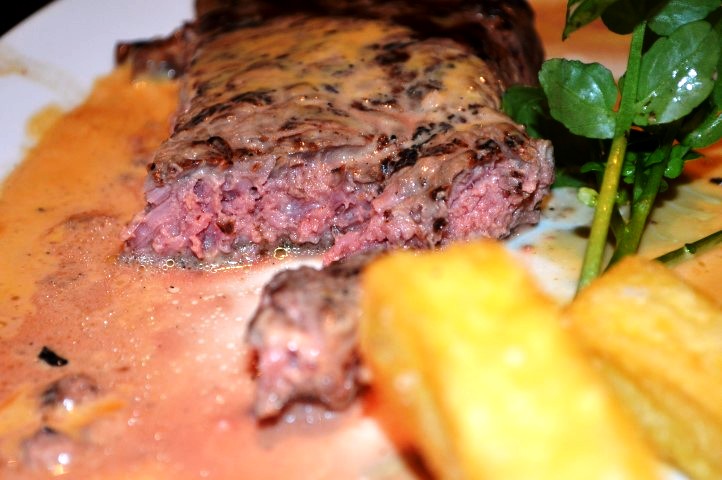 I managed to get the attention of a waitress and asked where the potatoes I had ordered were. These came at 8:05pm, long after I had eaten all of the prawns. The potatoes were still hard in the middle. There is no reason why it should take a quiet restaurant 45 minutes to cook some new potatoes. 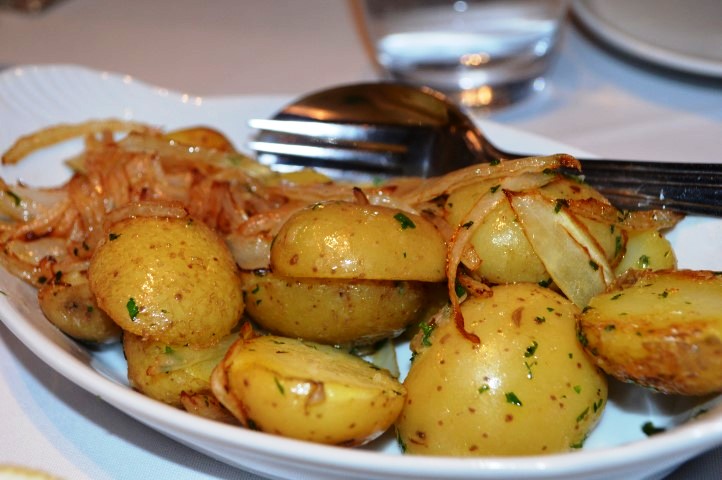 Joy found her steak just too rare, so I ate most of it for her. The steak itself was very high quality, tender and moist, but it had been let down by the chefs who hadn’t cooked it the way we had requested.

At 8:15, we noticed that the dirty plates from our bread and oil, still hadn’t been collected. We had run out of water and had not been offered another drink. We felt the service was so bad, that we chose not to order a dessert either. It would have probably taken equally as long for them to take our order and prepare it, so we just felt we’d be better off leaving it. We got up to leave the restaurant, with our dirty dinner plates still on the table.

Every single waiter and waitress (who was standing at the bar looking bored), was polite and friendly on the way out, but it was a bit little too late for us.

In a restaurant attached to a 4-star hotel, I would have expected exceptional service, especially when they are fully staffed and have very few customers. In fact, the service was slow, the food undercooked, portions were small and overpriced, orders were not taken correctly and the whole experience was ruined for us. I would not return to Number Twelve for dinner, nor recommend it to any of my readers.