Have you ever been to Amsterdam? It isn’t all prostitutes, stag parties, sex shows and coffee shops that don’t just sell coffee. It’s a really beautiful city and a great place to visit with kids. You just have to know where to look!

Last year, my husband and I had the unheard-of pleasure of going on holiday with only my daughter, who was 9 at the time. With our bigger boys away on Scout camp, we were able to just please one child. This is what we did…

My daughter never used to like animals or zoos, but has recently become interested in them. So it was her that requested we visit Amsterdam Zoo (Artis Royal Zoo). It wasn’t cheap to get in – €19.95 for over 10s and €16.50 for 3-9 year olds, but it was a lovely zoo and definitely worth the money. 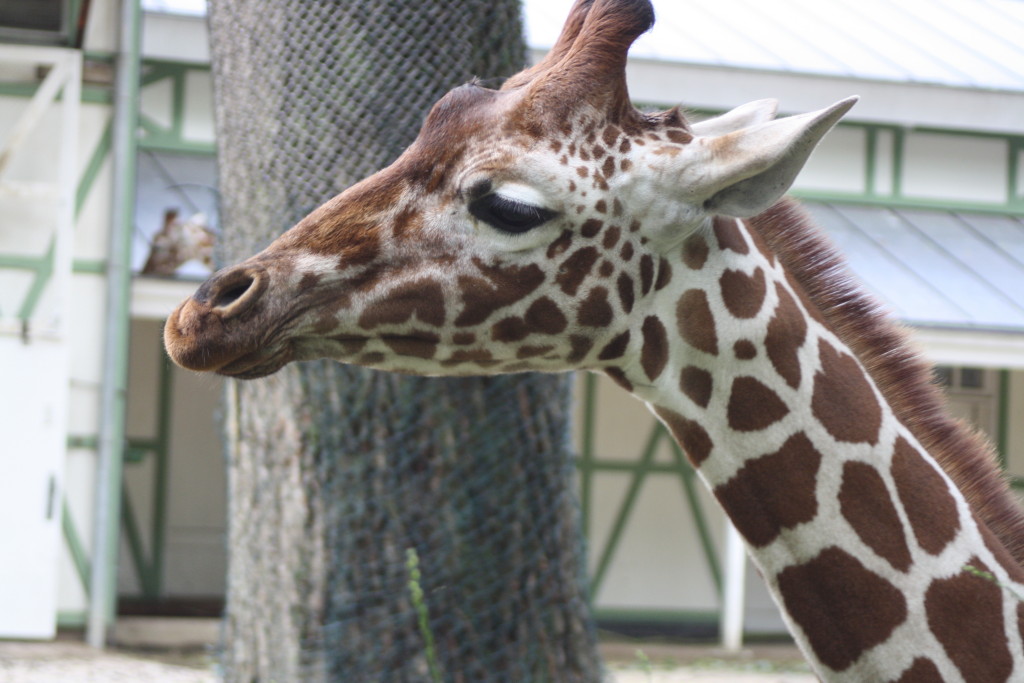 It’s got all of the usual zoo animals in a relatively small space, including my favourites – elephants and giraffes. The giraffes included some very young ones. One kept putting his head over the wall and eating the plants. So people started feeding him. It was very cute. I even fed him myself. I’m pretty sure that would never be allowed at Bristol, Chester or any other British zoo!

My daughter was particularly in awe of the crocodile and thought she had never seen one before (she totally had, but it had been a few years and she had forgotten).

We were lucky to stumble across the seals being fed. They were all jumping out of the water to catch their fish. They gave their keeper a hug and shouted at the top of their seal voices. My daughter couldn’t stop laughing and thought it was one of the best things she’d ever seen. 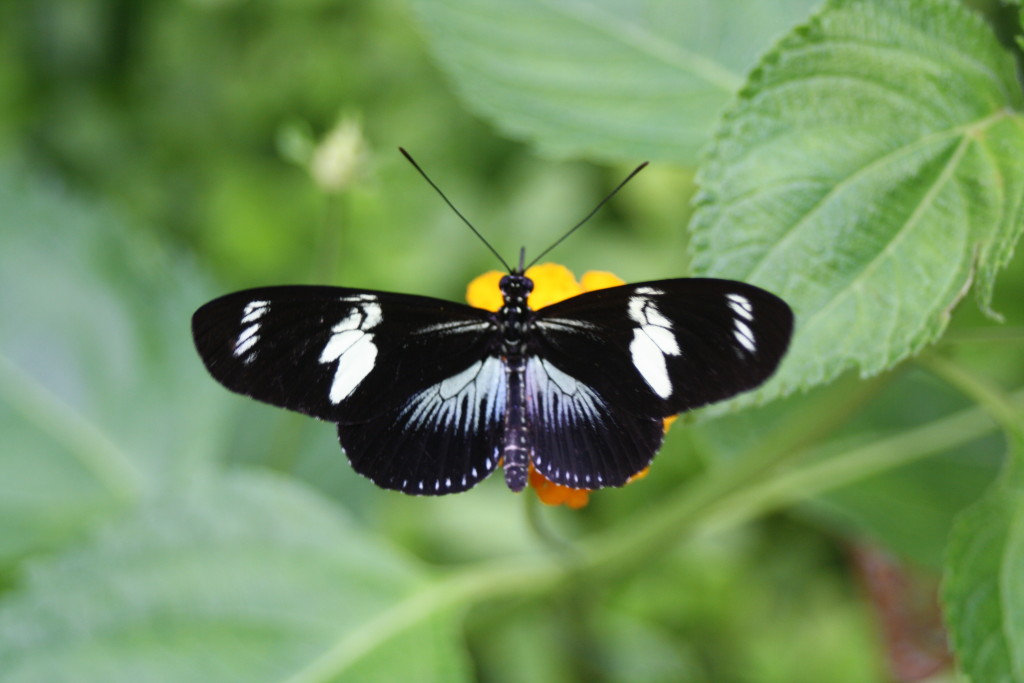 Boat trip on the canal

Amsterdam is built around a series of canals, so a boat trip is pretty much essential, whether you’ve got a tween, a toddler or you’re travelling as a couple. It’s a great way to really appreciate the beauty of the old part of the city. It’s a good idea to do it as soon as you arrive in Amsterdam, as it helps to get your bearings and work out which parts of the city you’d like to explore in greater depth.

Boat trips are always on a boat with a clear roof, so you can see everything, whatever the weather. There’s usually a commentary in English too, although some boats give more commentary than others. 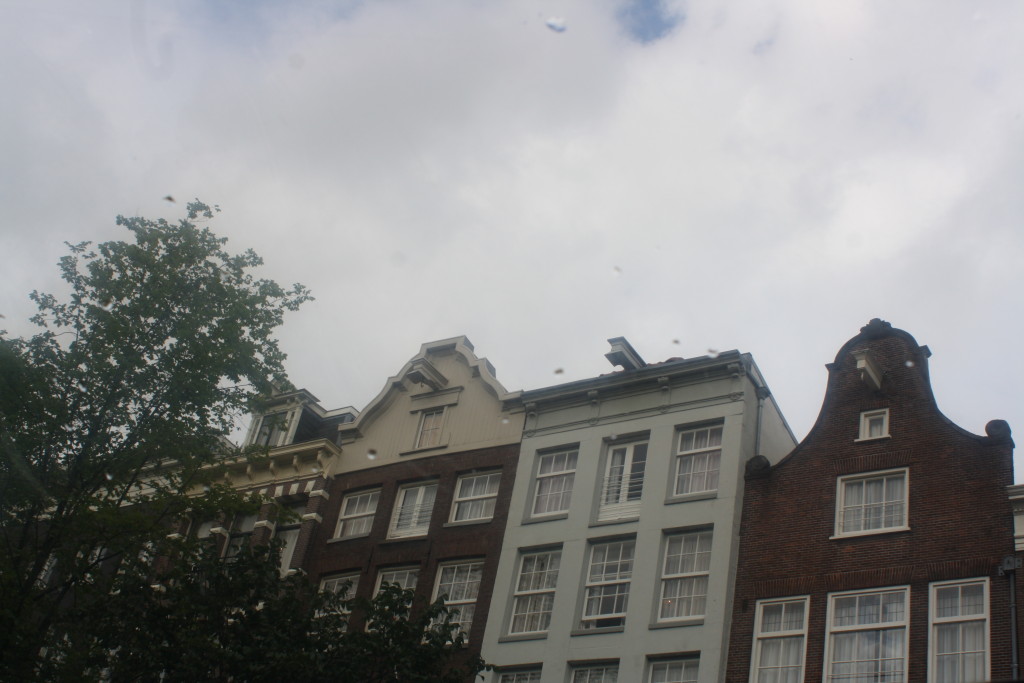 Wester Tower is a beautiful tall tower and part of the church right by Anne Frank’s house. It was even mentioned several times in her diary and she could actually see it from her hiding place.

Although part of a church, the tower also has a social and civil role in Amsterdam, in addition to its religious function. The chime of the bells is beautiful and it also plays tunes on them twice a week – everything from the Beatles to hymns. 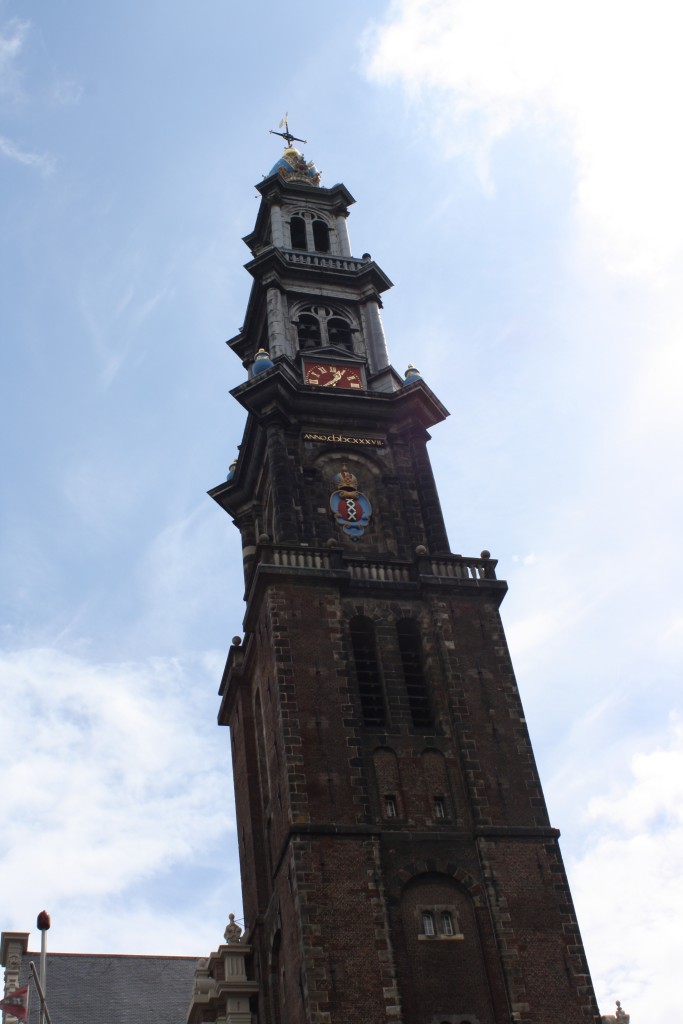 My daughter was particularly keen to go up the tower, as she had read about it before we went to Amsterdam. It costs €7.50 per person (no concessions for children) and only six can go up at a time. You need to arrive pretty early to book a time-slot.

You climb up six floors and 182 (very steep, narrow) steps to a height of 42 metres – about halfway up the tower. As you go up, you learn about the history of Wester Tower, then comes the highlight – going outside to see the city from above. The views are stunning.

The steps are quite hard going and definitely not for younger chidden or people with mobility issues. But they were no problem for my daughter and she absolutely loved it! 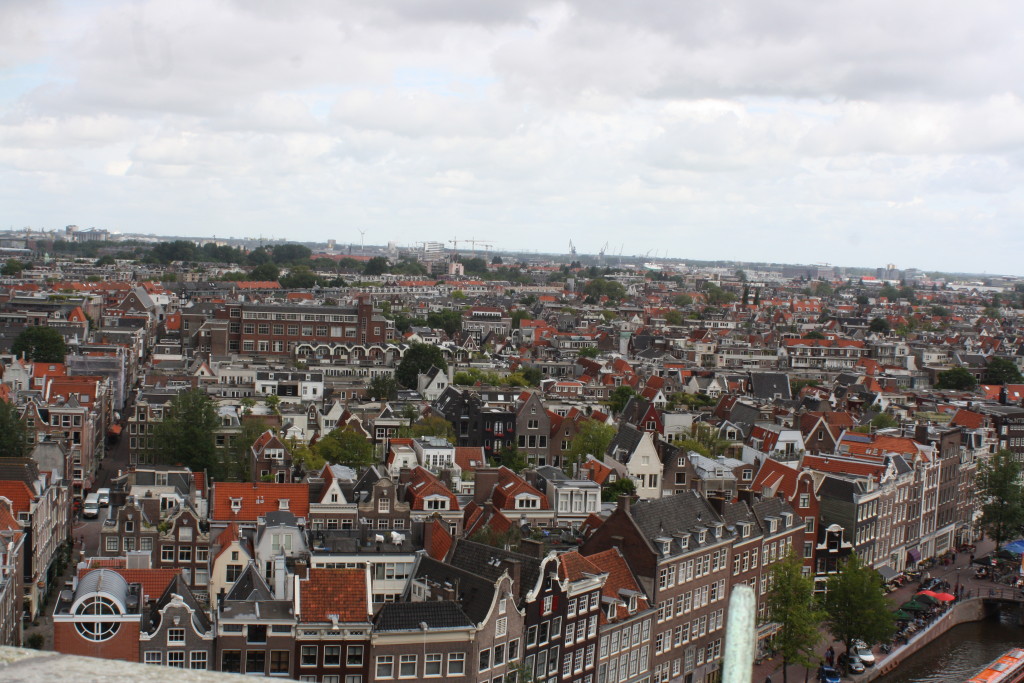 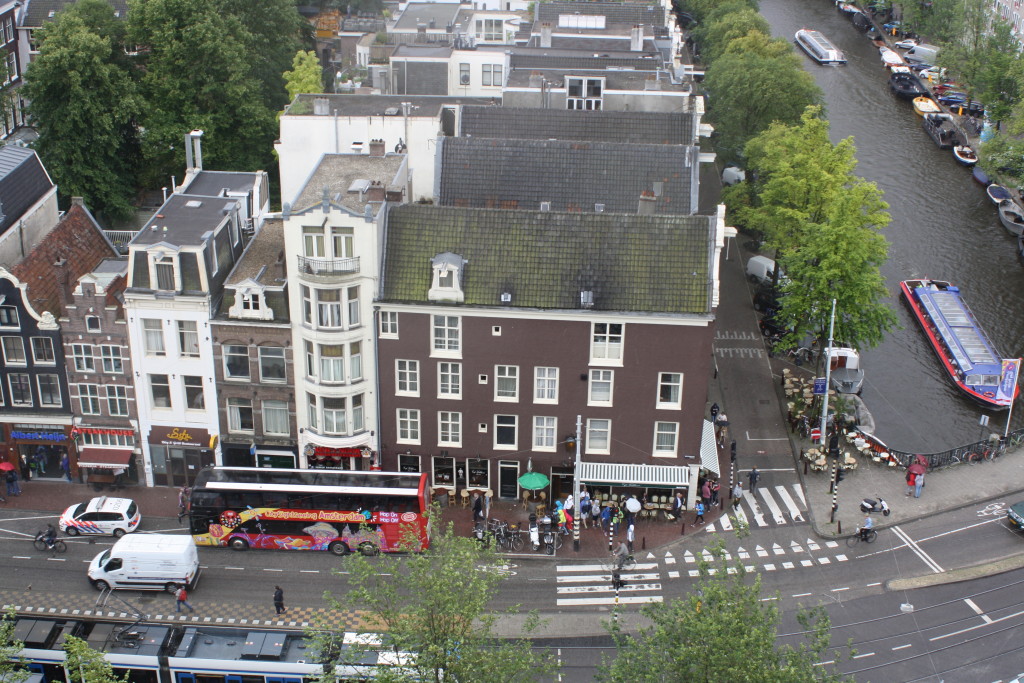 My love of art stretches back to my teens, but my husband has never been interested in either art or museums, so I was pleasantly surprised when he agreed to visit the Van Gogh Museum.

The museum has a huge collection of paintings by Van Gogh, plus letters and loads of information about him. I really learned a lot from it. Of course I knew he’d cut his ear off, but I had never appreciated that he had died so young or that his art career had been so short-lived – just 10 years. 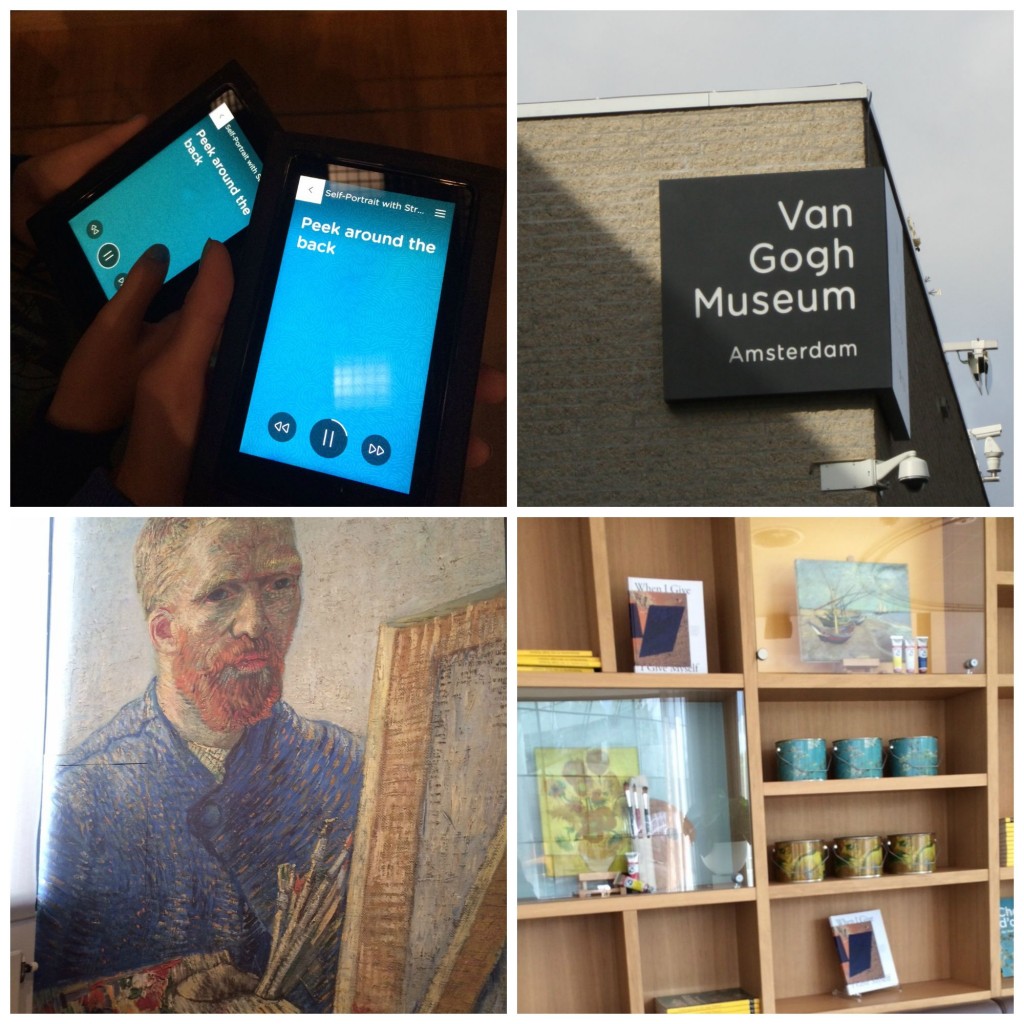 It is a stunning collection and definitely worth a visit. My husband enjoyed it as much as I did – in fact he seemed to spend longer reading up on all the paintings  than me. A lot of visitors chose to hire a multimedia headset to enhance their tour for €5. We hired the kids’ version for daughter, which encourages children to find particular paintings and answer questions about them.

The museum gets BUSY. It opens at 9am and we queued for an hour to get in, despite arriving at 9.15. You can book online in advance to save yourself some time (we didn’t), but even people with tickets had quite a wait. Entrance costs €17 for adults and is free for under 18s.

I visited this with my husband two years ago and decided not to visit with my daughter. I thought it might be overwhelming and confusing for her. But if you’re going on to Amsterdam with teenagers or as a couple, I would definitely recommend it.

Be warned though, the queues are RIDICULOUS. I have never seen queues like them. You can book online, but you have to plan ahead and book months in advance of your visit.

Cycling is a brilliant way to see the sights of Amsterdam. It’s how the Dutch travel most of the time. It can get pretty treacherous, so I wasn’t willing to let my daughter have a bike of her own. Instead, we opted for a tandem with my husband. It wasn’t designed for a child, so it was a bit of a stretch for her legs to reach the pedals, but it worked!

Dutch bikes don’t have brakes like ours – they brake by turning the wheels backwards. That’s pretty hard to get to grips with and easy to forget when you’re in a panic, so I was happy to pay an extra €4 to hire bikes with brakes.

We cycled a couple of laps of Vondelpark – the largest park in Amsterdam, explored the canals and used the bikes to get us to and from the zoo.

My daughter loved cycling so much that she would happily have hired bikes every day of the holiday. Not enough ideas for you? There’s even more suggestions from Netherlands Tourism here. If we go again, Rijksmuseum will be top of my list.

Going to the toilet seems to cost 50C most places, so it’s always worth making sure you have a couple of coins to hand. 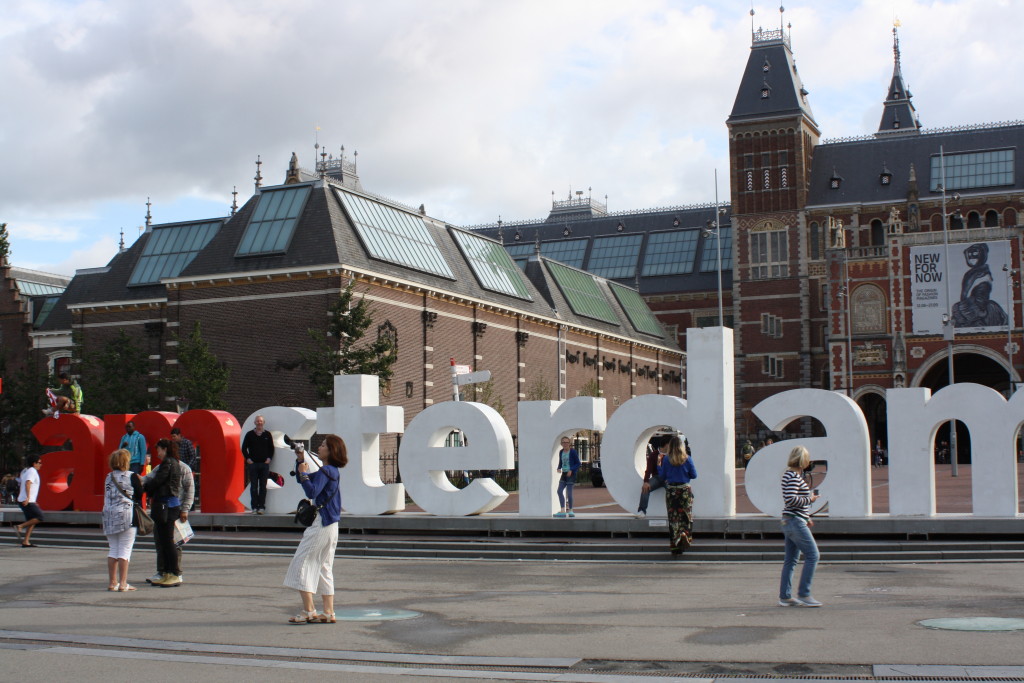 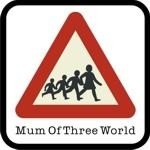