We were very lucky this October half term to be taken for a week to the Spanish resort of Marina D’Or which is north of Valencia. The town is a purpose built holiday resort which markets itself as “a children′s paradise”. There are several theme parks, water parks and various other child friendly activities. All in all it sounds perfect for a family break. 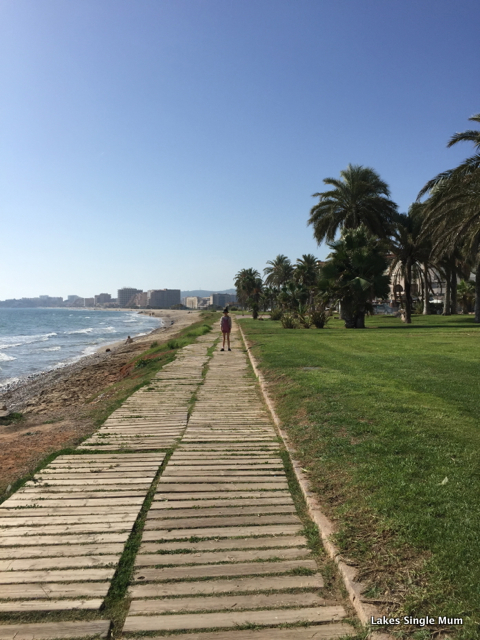 The first catch when travelling from the UK is how to get there… A new airport has been built not far away but as yet no airline uses it! Instead you have to fly to Valencia and then drive for about an hour north up the coast (be warned we got very lost in the dark…). Eventually we reached our apartment just after midnight so we didn’t have a chance to see anything until the following morning.

The timeshare apartment itself was a fairly basic 2 bedroom/bathroom affair with a sofa bed in the lounge and a balcony with room to eat. Between the two blocks was a lovely courtyard with a play area for children: 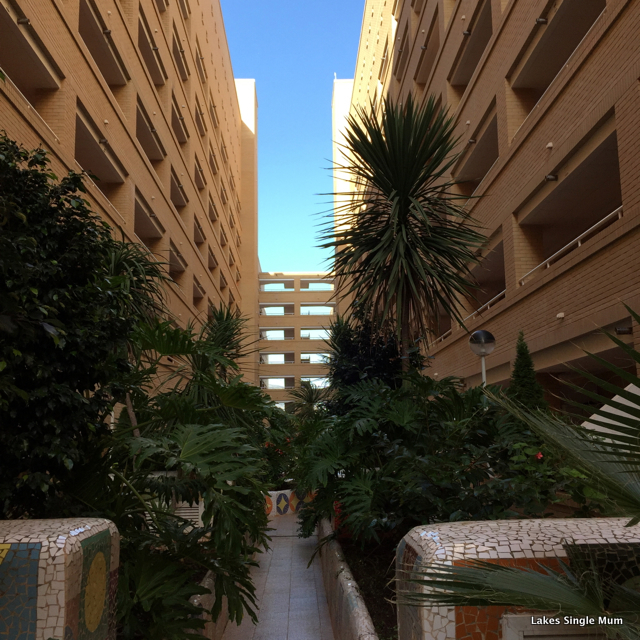 Whilst exploring the complex we discovered our first big problem with the resort. The apartment complex’s outdoor pool was closed for winter – apparently all the outdoor pools are closed from October to June as the locals think its too cold to swim (obviously not as hardy as us Brits!). Luckily they can’t close the Mediterranean Sea and the resort and its neighbouring town share miles of beautiful beaches: 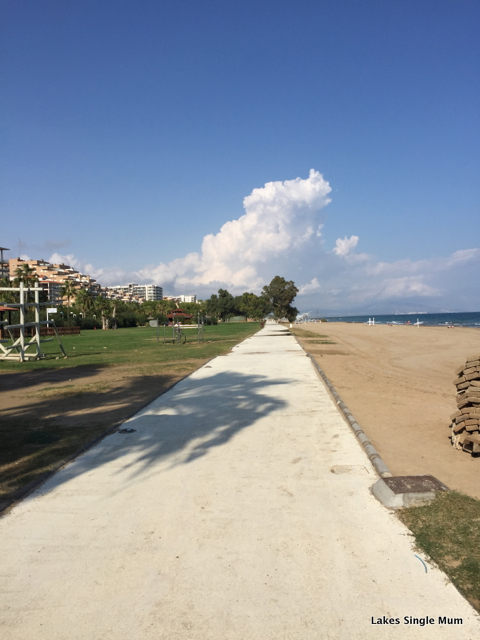 Snag number became apparent when we needed breakfast. With it being low season in the resort there was hardly any choice of places to eat. Luckily we found somewhere, as the supermarket was closed on a Sunday. At lunch time we returned to the same restaurant, as we hadn’t spotted much other choice.

We all had to get used to the later dining in Spain but at least they had their own version of Blackpool illuminations which were turned on every night: 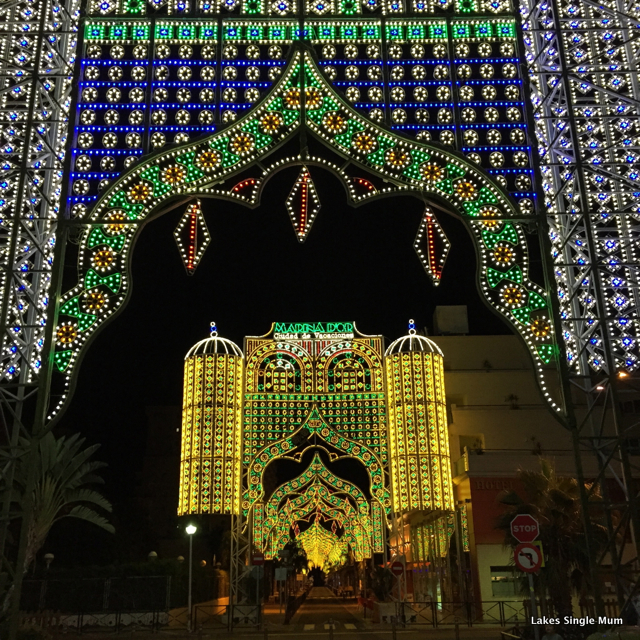 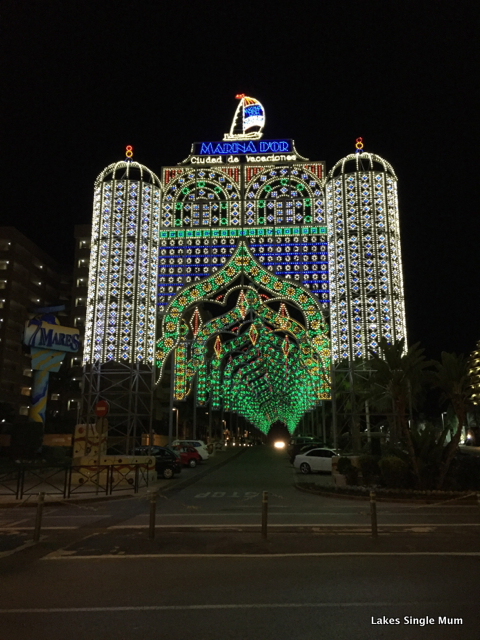 Apparently it was unseasonably warm with temperatures in the mid 20 degrees centigrade. Normally in October it is only 16-18 degrees. This meant that we could quite happily go to the beach or wander around in shorts. Even going out for dinner we only needed light weight clothes to explore the beautiful sea front gardens: 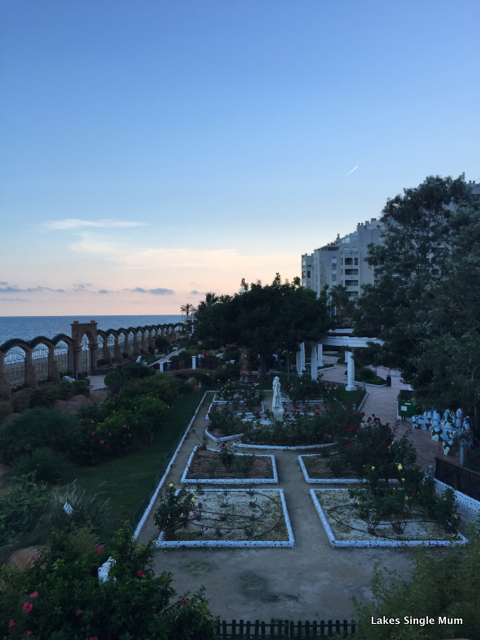 It was a good job that we had all these lovely things to explore as virtually all the advertised parks were closed! Some had shut completely at the start of October and others were on limited opening which meant nothing in the middle of the week. We instead mixed up days on the beach: 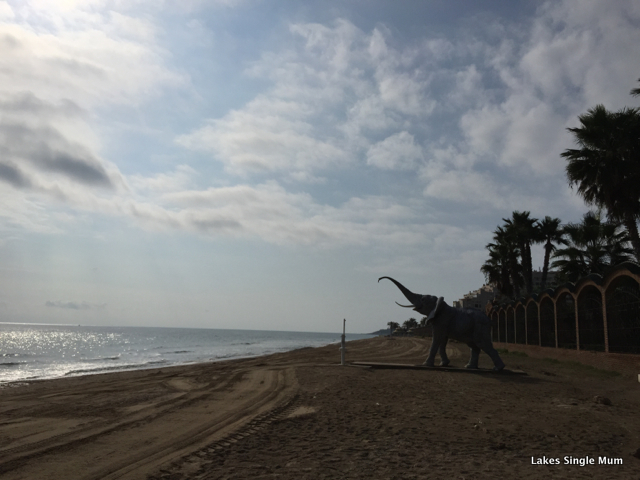 The elephants were supposed to be beach showers but maybe like everything else they had been turned off for the winter.. Luckily there are plenty of places to drive to and explore which weren’t too far away. These included Peniscola Castle and St Joseph’s Caves which are underground caverns.

When travelling with children finding meals that they will eat can be a major issue. With the limited options open to us during the week we had to make do with restaurants serving pizza or one of the few buffet libre that was open in a hotel. The buffet was a very reasonable option as we went during the happy hour and the children found plenty of food they liked even if it was a massive bowl of spaghetti: 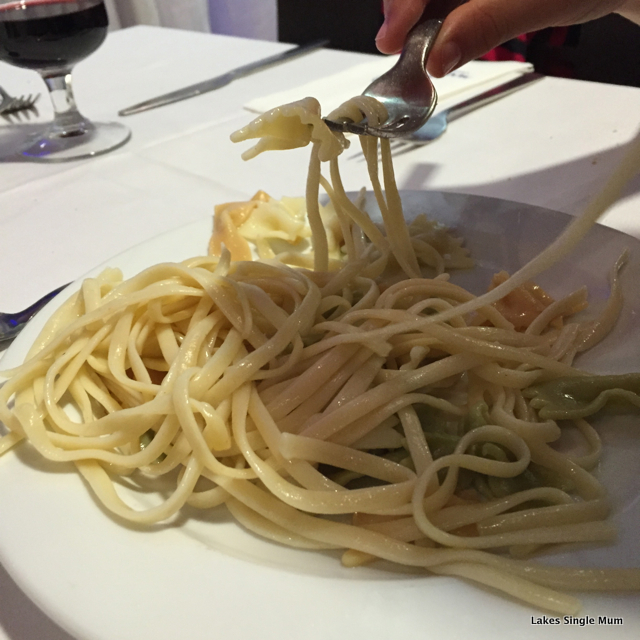 Other restaurants must have cottoned on to British children’s tastes as at least one served up their own version of chicken nuggets: 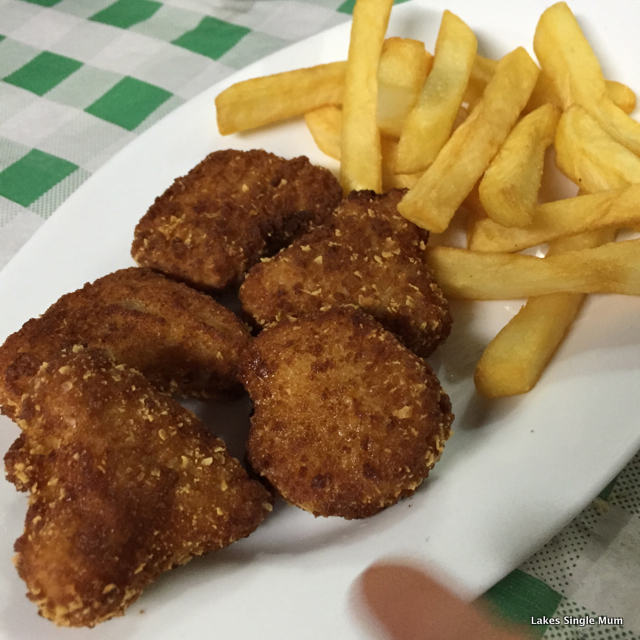 Grown ups had a wide range of local foods to choose for them if they were feeling brave (and could translate the menu): 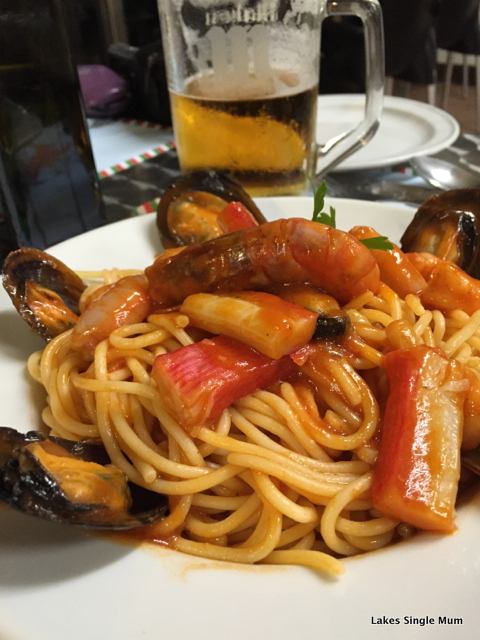 There was one thing that didn’t stop just because it was the off season. A couple of times a week at 21:45 a parade of illuminated floats passes down the main street. These were accompanied by loud music and dancers who kept on performing despite the small audience. It looked like they had a reduced cast but it was all very impressive especially the hydra at the end: 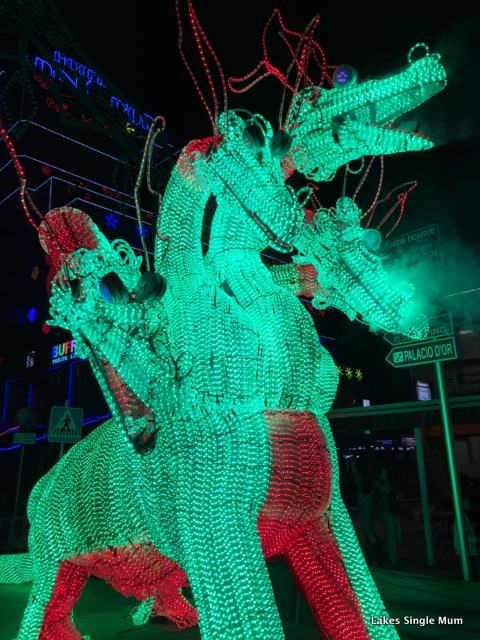 This was definitely one of the highlights of staying in the resort. On our last night there was a Hallowe’en themed parade, but we had to miss it due to an early flight. We could hear it from ½ mile away as the sound of Thriller blared out. The resort had come back to life at bit more for the weekend, but we had to leave without being able to use any of the facilities.

So would we recommend the resort?

Yes but with a few provisos, if going with children, go in the summer when all the amenities and pools are open. It is definitely a resort that is designed to cater for Spaniards, so be prepared and go with the flow. The beach is lovely and it felt really safe to let the children to swim and paddle without being directly in the water. All the people working in the restaurants were very friendly and welcoming, they even accommodated our almost non-existent Spanish. I will visit this region of Spain again, but probably to somewhere else.

Becky Willoughby is a mum of two who enjoys exploring new places and having adventures with my children. Being a parent hasn’t stopped me loving to travel.

You can find her blog Lakes Single Mum here.