I’ve posted photos of Cleeve Hill before. It’s one of my absolute favourite places and has been ever since the first time I discovered it, around 12 years ago when I moved to Cheltenham in Gloucestershire. I discovered it quite by accident when I felt like going for a drive in the snow. Huge white fluffy chunks were falling from the sky and as I drove over Cleeve Hill, with it’s dramatic backdrop, it was really quite magical.

Who would have thought though, that we’d have snow in the middle of April? There have been spring days warm enough to go out without a cardigan already this year, but one random day, we got snow. The snow didn’t settle where I live, even though it was beautiful to watch, but I wanted to take the children somewhere where there’d be enough snow to make a snowman. Unfortunately, it took me about three hours to get organised, by which time, the gloriously warm sunshine had come out and melted the snow pretty much everywhere. I decided to chance it anyway, and drive up Cleeve Hill to see if there was any left up at the summit.

There wasn’t much snow left, but there was some and that was all we needed. My twins are now three, so they are too young to remember snow from previous years. They were astounded by it. They were excited and wanted to play with it, amazed by what you can do with it, yet at the same time, weren’t fans of how cold it was to hold! We climbed to the top of the hill, which was an adventure in itself and admired the breathtaking view. Up here we managed to make a miniature snowman, with yellow flowers for buttons, twigs for arms and nose, a fat stick for hair, stones for eyes and a leaf for a mouth. The girls were super proud of him, despite how little he was. The twins called him Olaf. Obviously.

The sunshine had illuminated the view down the hill, so I couldn’t resist taking a few photos whilst I was up there.

These are a few of our highlight photos from our hour up on Cleeve HIll playing in the snow (before we retreated to the nearest pub for a warming bowl of chilli). 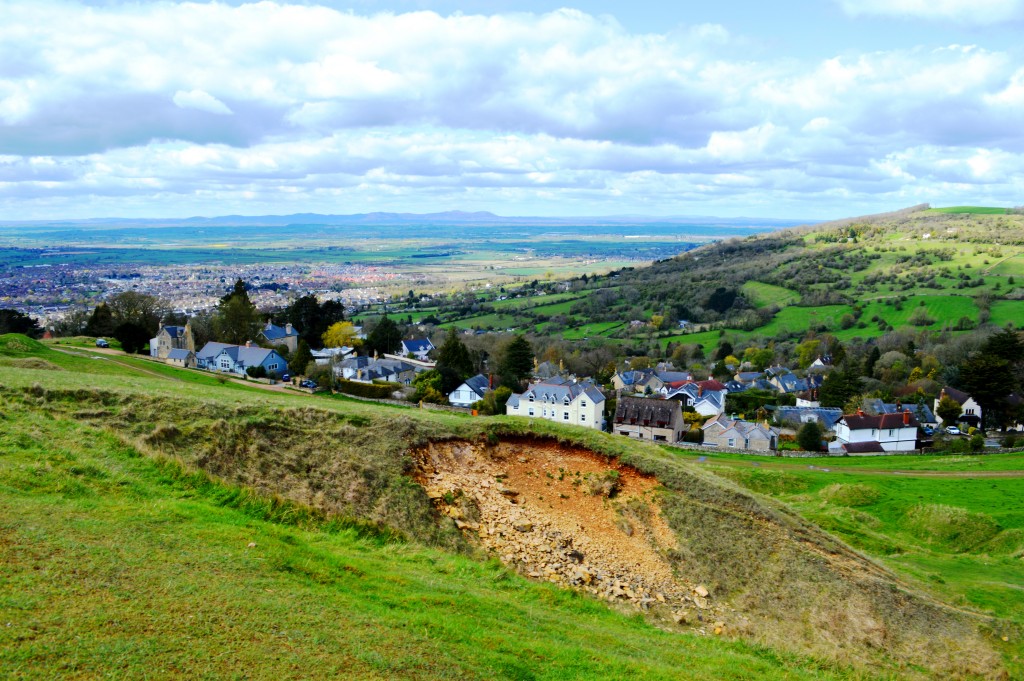 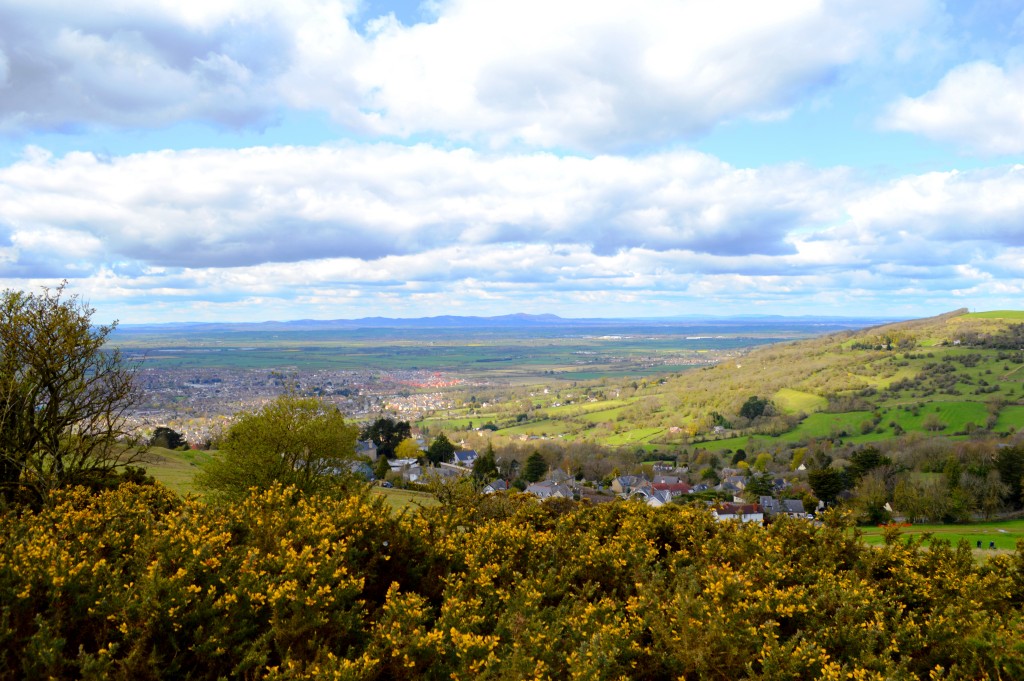 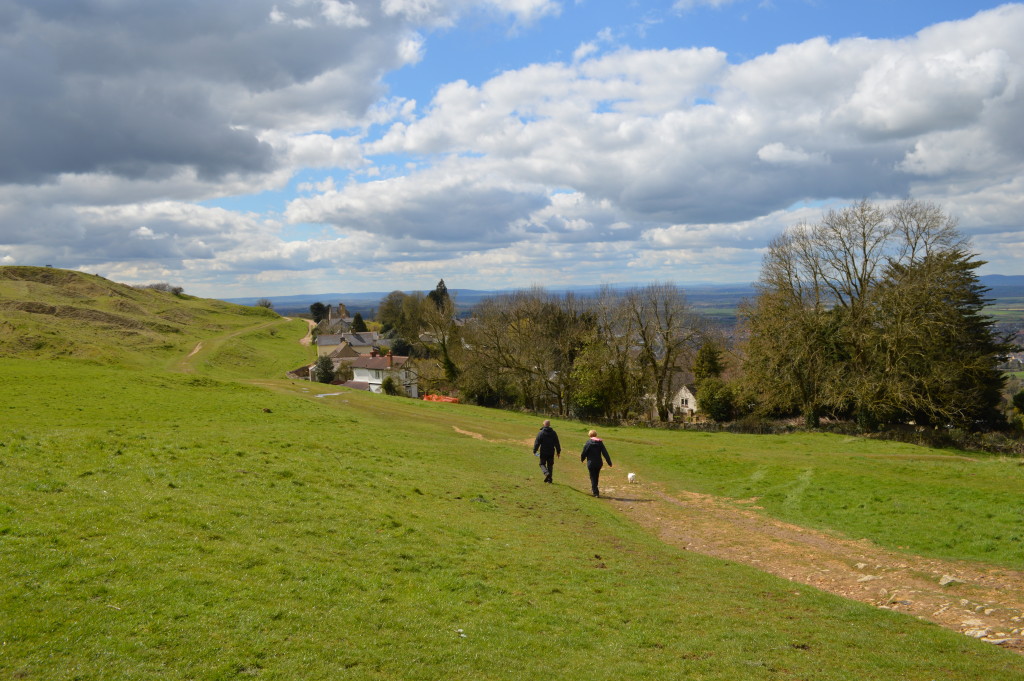 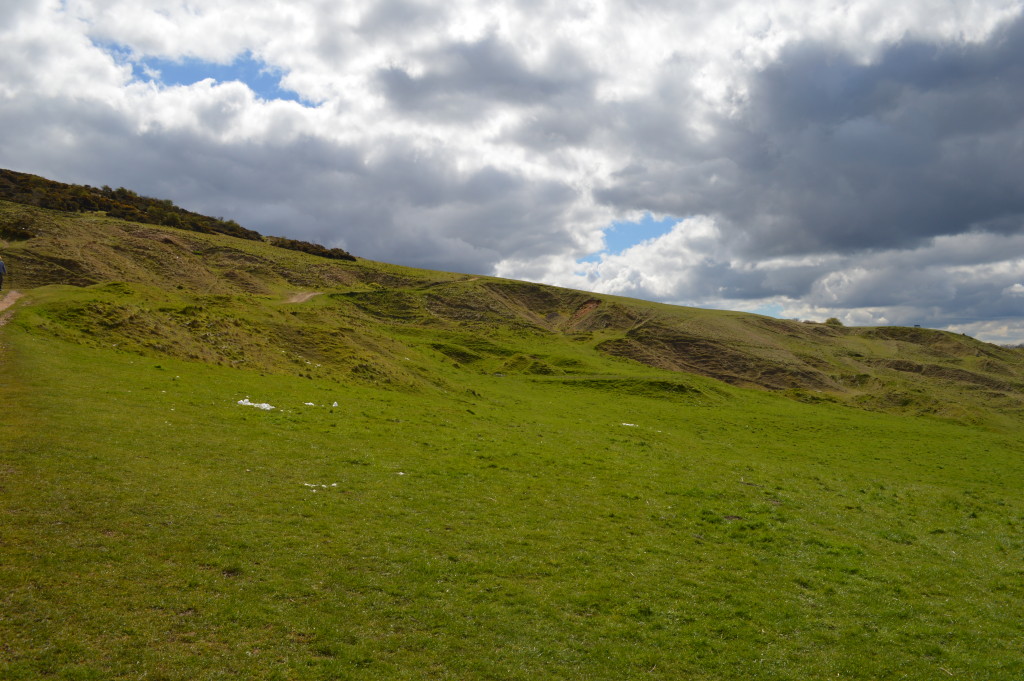 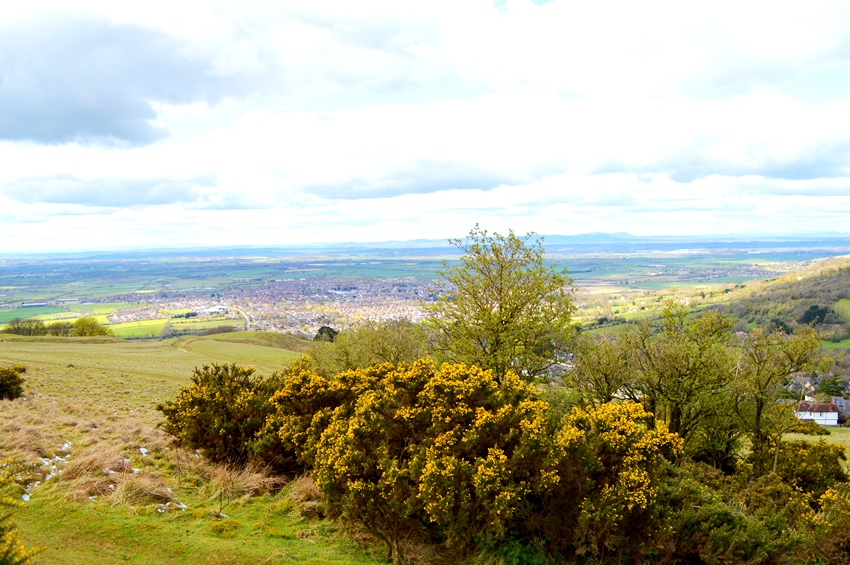 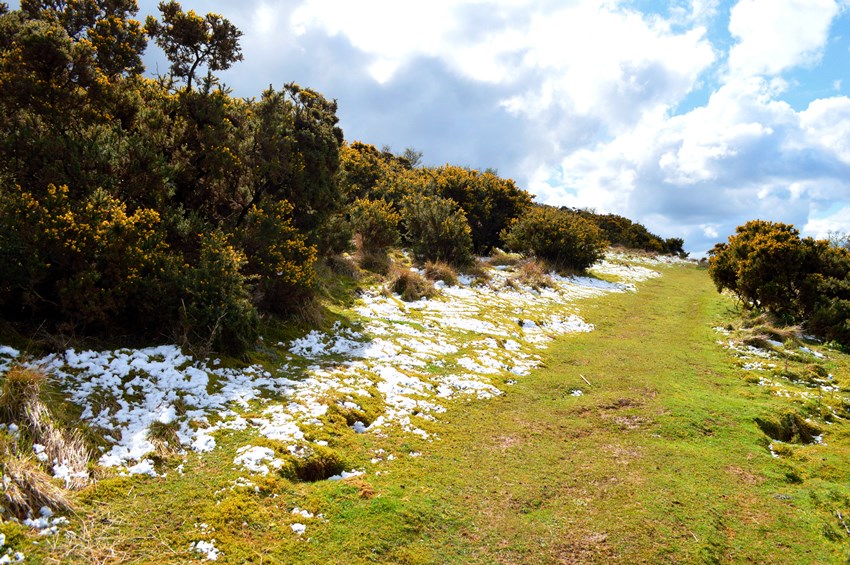 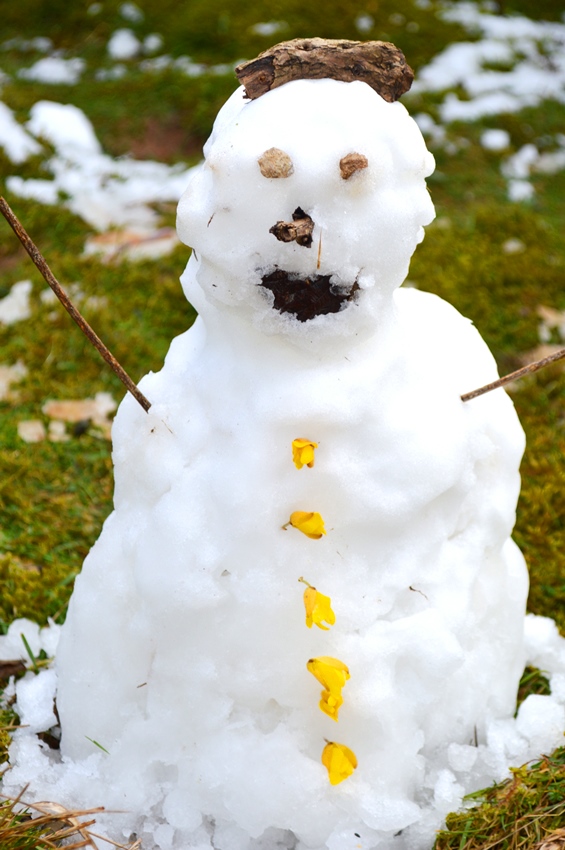 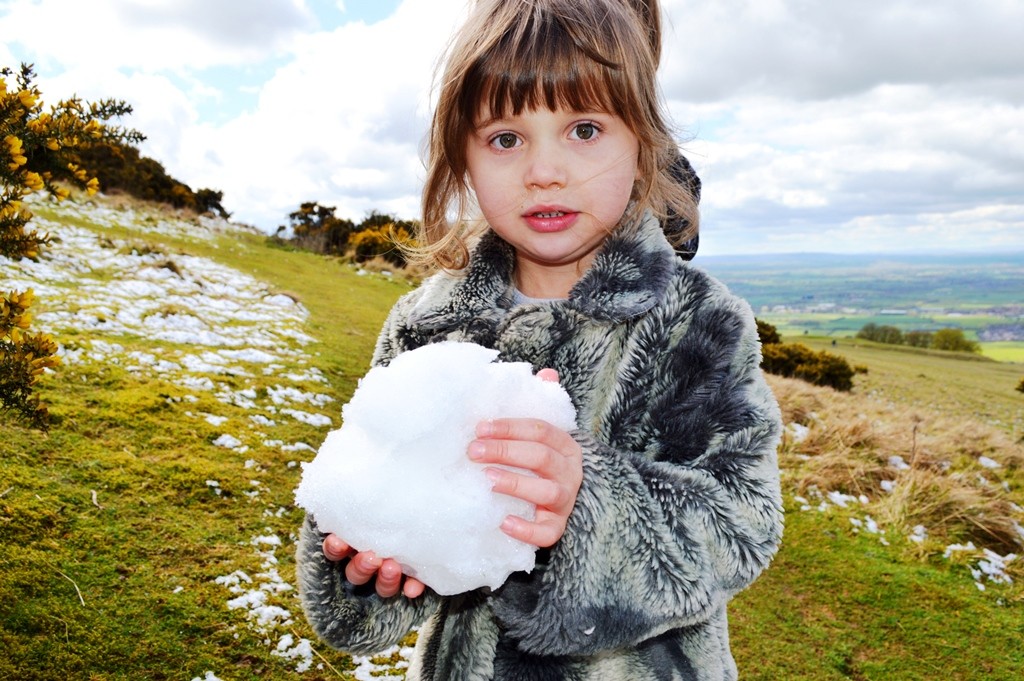 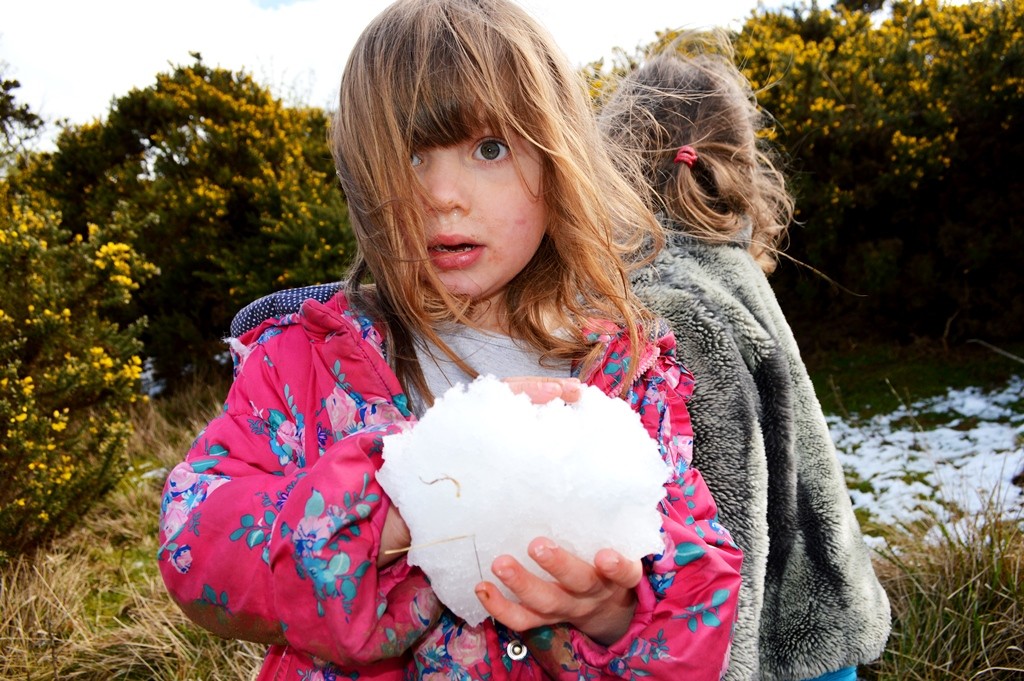 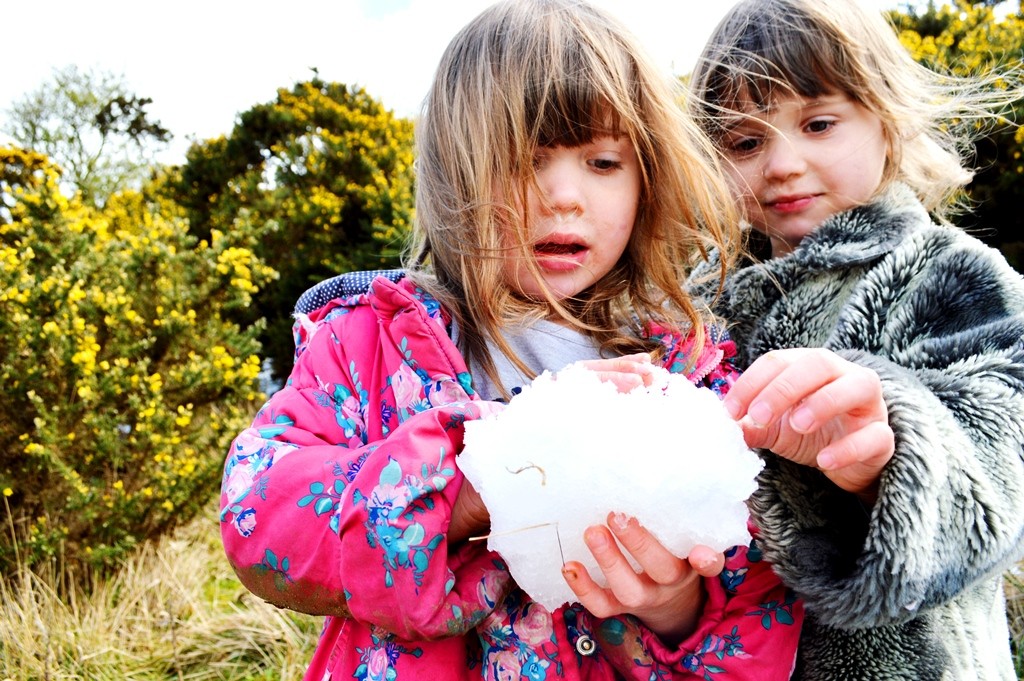 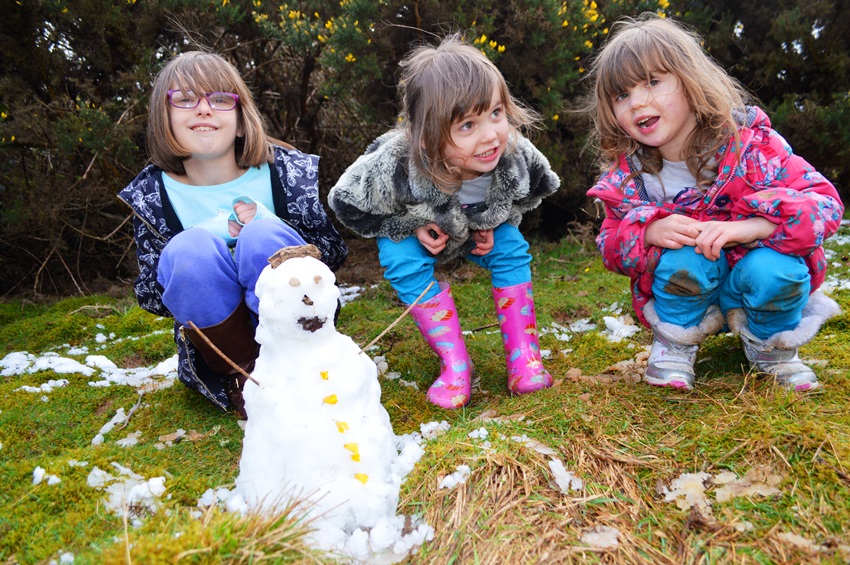