On a recent trip to Lake Garda in Italy, we chose to fly from London Gatwick to Verona, with British Airways. 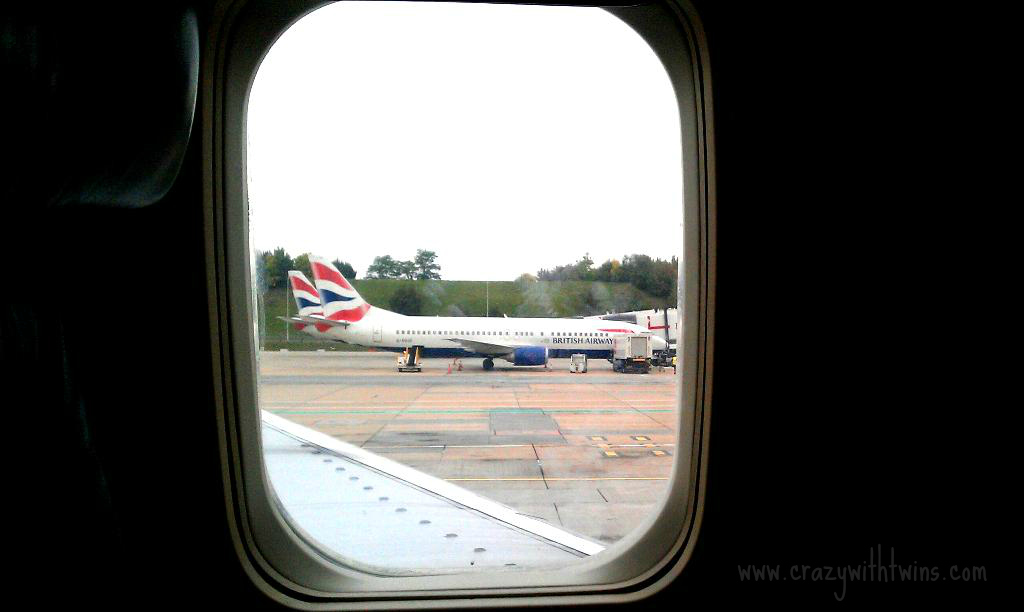 It just so happened, that on this occasion, British Airways was also the cheapest airline flying this journey on the dates we were travelling, which was a bonus. We paid just under £300 for a family of five (2 adults and 3 children) to fly the 1 hour 55 minute journey. We opted for no hold luggage, then bought one hold suitcase afterwards, which saved us a lot of money, as we would never have needed five suitcases for one week away. We were still able to take five sets of hand luggage (children qualify for the same amount as adults) and the twins pushchair, so this worked well for us.

Booking online was quick, clear and easy. We checked in online and printed our own boarding passes 48 hours before our journey. Despite not paying extra to choose our seats, we still got given five seats together, as well as the option to change those seats if we wished, when we checked in online.

Having the children with us, meant we were amongst the first to board the plane, which is handy when the children are getting impatient in the departure lounge and also because it was an evening flight. 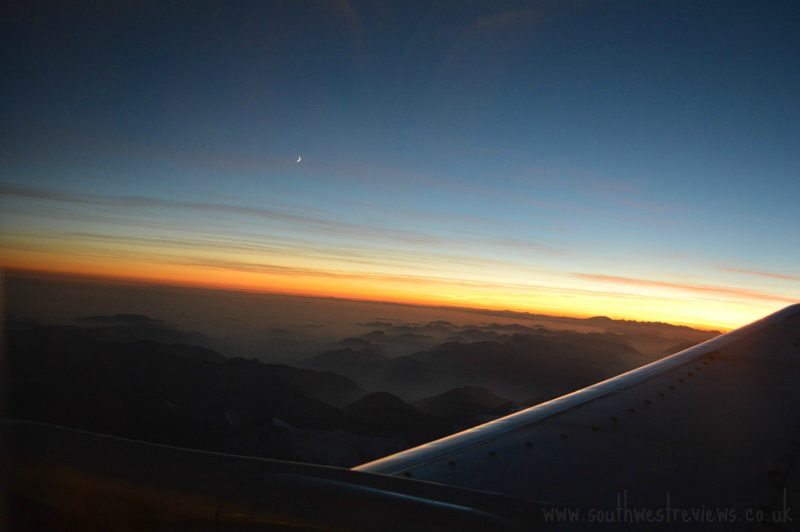 This was the first time we had ever flown with the twins (2 years, 4 months old), so we really weren’t sure what to expect. We were able to take the twins pushchair all the way to the aircraft. We then left it just inside the boarding gate and the ground crew loaded it into the hold.

I wasn’t hugely impressed about being asked to put my hand luggage under the seat in front, because some inconsiderate passengers had brought oversized hand luggage with them, which took priority in the lockers. I have long legs and need my space on the plane. Luckily, as the children only have little legs, we put my bag in front of one of their seats instead. 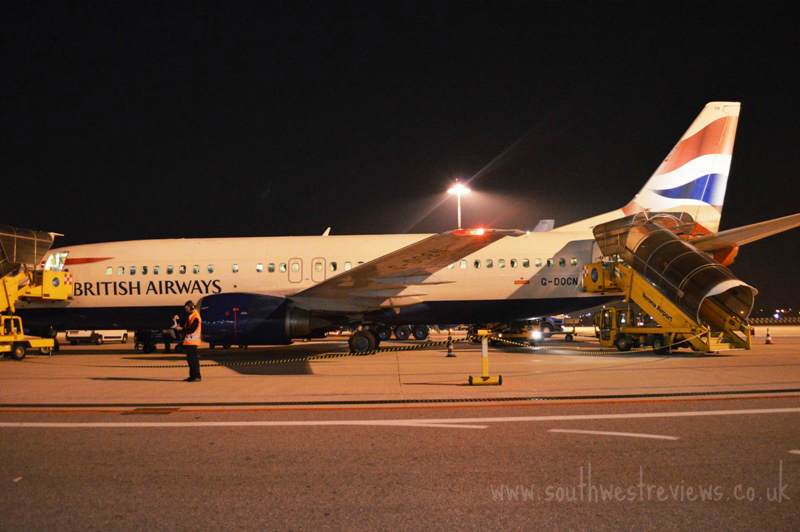 I am not afraid to admit, I am a phobic flyer. The more I fly, the worse I get. My last few flights had been turbulent to say the least, including some very bad experiences. This flight, has to be one of the smoothest I have experienced. Take off was smooth, there was no turbulence and landing was textbook. British Airways in general have a good reputation and flying with a well known airline also calmed my nerves a little.

The twins weren’t hugely impressed by being told to sit still and have their seat belt on, so I had to lean across and hold one seatbelt shut for take-off. Bunny, on the other hand, was more than happy to sit and read her book for the entire journey.

Not long after take-off, we were presented with a large selection of complimentary drinks, both alcoholic, non-alcoholic, hot and cold. Jon and I went for a beer each, whilst the children all had juice.

A few minutes after the drinks, we were given complimentary chicken wraps and chicken rolls. As with all food items, this made the twins very happy. They LOVE their food. The food was good and the service was polite, fast and efficient.

As this was a short flight, there was no in flight entertainment, but there was still the option to purchase items from the British Airways onboard shop.

Landing, was unfortunately not as good for the twins as take-off had been. Their little ears popped a lot more on the way down and Tiny in particular got very distressed. They were both crying and both only wanted mummy, so in the end, I sat them both on my lap and strapped them into my belt with me. I did it discreetly and it seemed to calm them. I was really pleased that the cabin crew didn’t say anything and left me to it.

Our pushchair was already waiting for us as we disembarked the plane. This showed great service, as many airlines make you wait until you reach baggage reclaim before returning pushchairs. 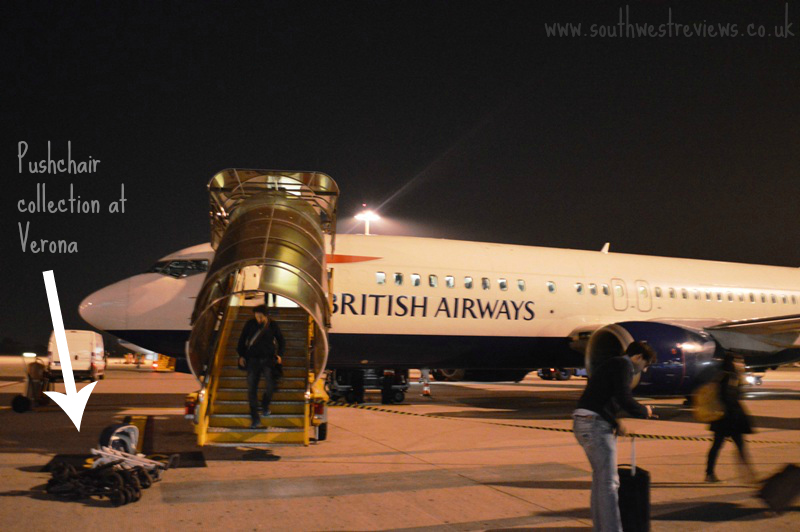 The flight was very comfortable, extremely hassle-free and due to fussing over the girls, I didn’t have time to get frightened. I think this particular flight really helped with my phobia.

I loved the extra touches that you get with British Airways. In particular, the complimentary drinks and snacks. A lot of airlines charge extra for this.